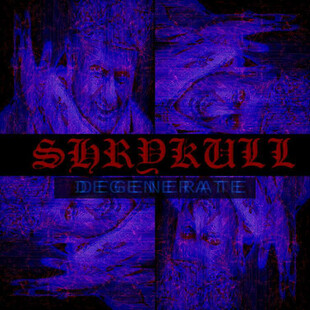 Urgh, this demo sounds like someone has defecated on the recording tape, miring the resulting splurge to such extent it feels like it's infecting your ear canals. And to be clear - this is a compliment.

Four tracks, short, longish, short, longer; a bespattered production that tars the atmosphere, as if to weigh down each drum beat, each string; a duo portraying a corncopia of influences that come across like an Ian Glasper retrospective tome - displaying the best and most depraved of the UK hardcore sounds, rattling the ghosts of Extreme Noise Terror to Mistress and all in between and since.

The short sub-half minute blasts of Bail Forever and No Decorum do the business, roughing you up, doing you over before you even knew you were in a fight, repugnant grind hardcore excess. The Thought Did Not Count satisfyingly brings the doom whilst the closing title track's Iron Monkey teasing riff draws down to a slower, nefarious doom drag through the dirt.

An imagination of the sounds of the Mermaid in the late 80s, 1in12 in the early 90s and Old Angel towards the end of the last century, Degenerate brings this altogether enticingly. Nottingham, their home, has always been a great servant of the ugliest frayed ends of hardcore and sludge to our nation, and Shrykull befit that heritage.