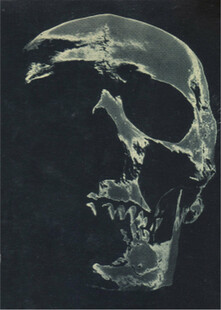 Shut up, Cheel Ghar are playing.

I need you to take the bins out.

Fuck off, I can't hear you anyway, my palms are stuck inverted and I'm dribbling black gum from my mouth, it's that good.

I can't see any, you always try to get out of taking the bins out when I ask. You filled it, you have to take it, it's kind of a rule.

This tape is sick, sounds like their old bands but more... desperate?

I remember Sunshine Republic, but who else is in this band?

You only know that band's name because you've read it on forums, the other bandS, that's multiple, were Brenda and The Olmec Diagram.

The bin's still there, I don't mind this music but can you turn it down?

Johnny Morrow used to listen to death metal in his room really quiet, I remember reading that in an Iron Monkey interview after he died.

As if you liked Iron Monkey, these don't even sound like them.

No, I know, just saying. I liked the two albums they did, very screamy.

Everyone talks about them like they were the best band ever, but by their own admission they were rubbish.

Whatever, they had an influence over sludge bands and doomy stuff.

Yeah, but it isn't as righteous as this.

How can music be righteous?

It can be if it sounds like this, like confident enough to repeat these kind of riffs so often. You know there's a lot of bands who would like to sound like they were having as much fun as this lot.

Yeah, but is it this good live?

I'm still not doing the bins.