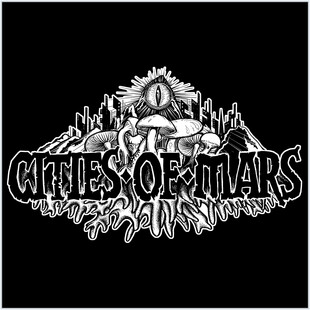 After a month away from reviewing due to house move and subsequent internet connection troubles, I have had several releases that have been sent to us on in the background tonight while catching up on news websites and the like. This has been the first to make me sit up, shake off the interminable furrow you can get yourself in following inane Facebook links, and truly focus, smile and turn all attention to the majesty, and inspire me to get spreading the word again.

Heavy, sprightly yet dense - this will serve up a rush to all hemispheres of the doom orb, from those drawn to the deep heaviness of the riff to those still holding a torch for psychy stoner, wary of the modern doom morbidity.

Think of fellow Swedes Monolord or Moon Coven, or hark back to The Sword's golden high of Age of Winters, particularly at the start of the second half of this double side single, The Third Eye, it's been heard before (just look at the song titles), but the straight forward riff centred get-go approach, with psychedelic nous to intelligently structure and evolve both tracks, is bold and beholding.

The cross appeal of this brief introduction serves as its greatest advertisement, such as on the slow and weighty build and stonerish descent of Cyclopean Ritual. In ethos, in tripped out mystical lyrical themes and more, Cities of Mars are a student of joint honours reading the early works of both Monster Magnet and High on Fire; not specifically sounding like either but placing themselves midway between and evoking qualities of both.