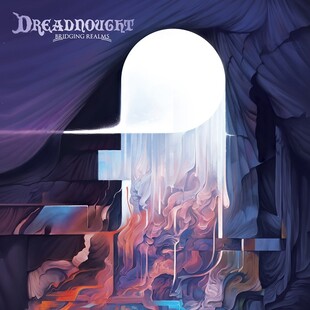 Prepare your scalp for some wear and tear, as Dreadnought will have you scratching your head like you're under attack from mutant nits. The opening Ode to Ether has a soundtrack air to it, a time travelling sound flitting between the muse of earthly Shires of Lord of the Rings and the neon blur of Blade Runner's dystopia. Yet within the folky atmosphere sits black metal vocal outbursts, before breaking to synth trip outs. It's an opium den of strewn ideas and frazzled inputs that is all over the shop yet strangely coherent, hewn together with an artistic delicateness.

You can only applaud the audacity, and are held, drawn into delving deeper into the album. The album title is an apt descriptor. Multi-instrumental - pianos, flutes, mandolin - at times its like Circulus with a trip hop makeover and Bjork on vocals. The pastoral lightness is reminiscent of the gothic charm of Ides of Gemini or Lotus Thief, but more so full on Yes prog masterworks (see Minuet De Lune for a trip back to the 70's), yet the darker forces enter effortlessly, and proto-doom psychedelia fades in and out. At times they simply converge all styles together, a dirge of all inputs; a tempestuous cloud of senses that stirs all manner of emotions.

It is startlingly alluring, amazingly never feeling angular. The way Odyssey evolves and turns to the black metal and doom, without evicting it's natural base sends chills down my spine. Saxophones appear, spacey elements sparkle. There's an air of Ulver's grand scale esotericness, a reminder of their bold Perdition City at times.

This is strange, bizarre patchwork musicality, Dreadnought are in a galaxy of their own but alongside the likes of Agalloch, Liturgy and Locrian in forging their own path, their own genre of one. Bridging Realms must be heard, even if just the once for the experience, as, to put it simply, it's incredible.