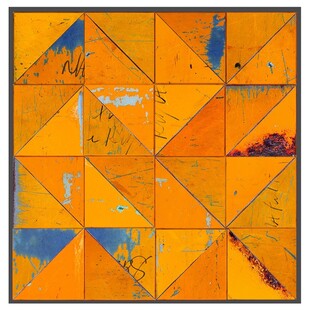 Enablers are a band that simultaneously make me feel as if I'm really clever and utterly thick at the same time. What causes this?

Could it be the effortless yet scarily intense delivery of poet Pete Simonelli? Or the constant listless guitar and drums that swirl as if formless, yet burst into life at a moment's notice? Who knows.

Much has been said of Simonelli's vocals before but for the unfamiliar it's a combination of smokey, tap room storytelling and the sharp but monochrome focus of film noir. Live, he genuflects wildly, pulling at invisible fibres and clutching at unseen figures. He resembles a stringy, flexible length of chord, while the band's two guitarists and drummer work tirelessly behind, thrashing limbs and pulling rockstar poses.

The Righful Pivot takes their totally unique sound and bends it to new shapes. The calm and peaceful wonder of tracks like the quiet Look contrast with the brash opener Went Right, which plays with the word 'fuck' in new and exciting ways.

The swagger of Solo sounds manic and drunk, winding its way across a pub floor giving everyone the glad-eye. It's when Pete's lyrics make you sit up and listen that Enablers really shine. The music often reflects the changes in narrative, he intones shutting the doors/just like that at one point, his words almost whipping up the band like a radical conducter.

To review an Enablers album is like giving a novel's foreword, all you can do is intone that you need to consume, go forth, enjoy.

For those familiar with their past work, this is a pleasant trickle of familiar bourbon, for those new to this fascinating and deep pool of musical discovery it's a literary trip into new realms.