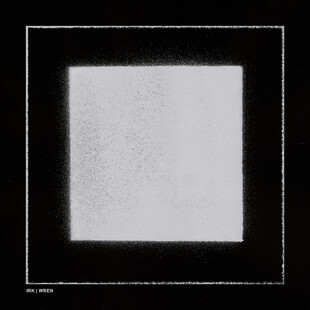 Breathless, wild and somehow mathematically accurate yet sloppy sounding at the same time, Irk are like a clumsy scientific experiment gone wrong. Like a too-many limbed mutant, Irk shuffle their way crab-like towards you on their side of this split.

If you can imagine if Messhuggah focused on a bit less showboating and went for atmospherics and a fizzy, dark approach then Irk might be what your brain conjures up. The vocals also reek of originality, sounding downright filthy towards the end of the vengeful-sounding You Sound Like My Ex-Wife.

Echoes of how Chickenhawk, now the K!-friendly Hawk Eyes used to sound come in on Dead Elephant with its jerky, snapping intensity taking you by suprise.

An Alan Bennett on Valium moment comes forth next, with the mumbled threat of Life Pervert displaying some broken syntax and some great imagery before the equally disconcerting Cibi per Gattini rips open your purview again. The harsh bass sound jerks you uncomfortably to and fro, while the tortured vocals avoid the cliches of such endeavours, instead sounding perfectly disturbing and not in a false, David Draiman way either.

Wren are a different proposition. Channeling early Isis is a refreshing change from the current trend for black metal aesthetics creeping in to post metal. That's not to say Wren are in any way unoriginal, but that choppy, chugging sound is here in spades.

Moving from section to section with a heads-down focus on intensity, Wren are certainly striking incredibly epic poses here. There's a brutality present here that marks them out as something else.

The masterful slower passages chime perfectly with the more driven end of their sound until you are convinced the end of the world might be close. This proves there is life in the somewhat talked-down sub genre yet, there's such depths to be explored here it's unreal.