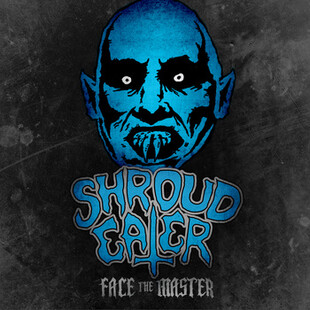 This short six and a half minute, two track EP serves as my first impressions of Shroud Eater, from the sunny climes of Miami. Similar in approach to other bands from the south east of the US, this is sludgey rock with a more cerebral approach than the grime laden battery of New Orleans.

Indeed, they plainly take direct influence from the great works of Kylesa, both songs bringing to mind the Georgian's approach to modern doom and sludge, with the female vocals furthering that impression. It is a hinderance to the enjoyment, so blatant is the comparison, especially while lacking the extreme poles of nuance and intensity that makes Laura Pleasants and co so essential.

Yet there is dissasociation from that mean, the slower ending to the title track not unlike Layne Stayley's dingiest drawls from Dirt, and a favourable impression to the blunter edges of SubRosa permiating. Overall, while overly reliant on a singular source, it acts as a quick and positive introduction, for those like me who haven't crossed their paths before, and recommended for those waiting inpatiently for the follow up to Ultraviolet.