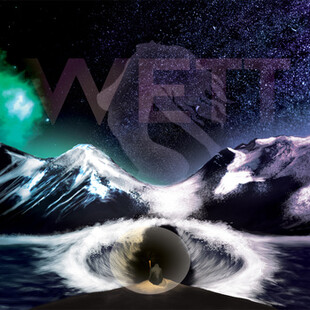 From afar, it appears that Colchester and its surrounding shires is potentially developing into a creatively productive hub of the modern British doom surge, much in the way Nottingham acted as the safeguarders of the sound several years ago. Long may it continue. This neat three track split pairs two bands from vaguely that area and is further proof of that richness.

William English, formed from the ashes of the desperately downtrodden sludge mob A Horse Called War, evoke the good old fashioned British sludge that could be heard in the Old Angel on any given night a decade ago. With a nod to the masters of Eyehategod or Iron Monkey, but with a scuzzy, sticky hardcore vitriolic punk splurge, the aural equivalent of the floor of an all night rock club at 6am. This pays less notice of the current, constantly evolving nature of doom - eg black metal bite or post metal dynamics - and unleashes itself wholeheartedly, harking back to the brand of slime of the late 90s when Charger fucked you up in grimy upstairs venues.

The second track, Crawdad, broadens horizons lightly, the lack of vocals surprisingly not diminishing the enjoyment, the riffs rolling the track along nicely, a sludge Karma to Burn if you will.

Three Thrones deal in instrumental big riffery on a full time basis. Imagine latter day Mothertrucker, beefed up with a more metallic, meaner intent and it brings you close to Bastard Magic. Pummelling you back throughout its 11 minutes, the lack of big changes throughout - presumably with the intention to never take their claw from your throat - removes it slightly from the post metal they probably are but as a genuine positive.

This is a slightly disjointed pairing, but better for it, the slender change in tack giving real definition on the EP to the two bands offerings. WETT is a welcome and admirable advancement of both bands skills and status, and most importantly an intense, enjoybale and recommended doom EP.