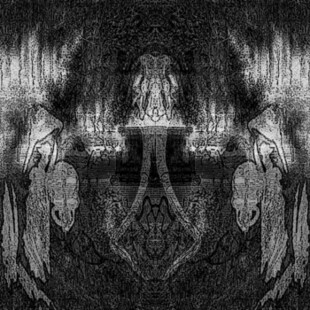 When it comes to naming a band, many are banded around between members before the great title is unveiled like a corpse bride, Mammoth Weed Wizard Bastard is no exception, taking every stereotype in its chalice and throwing it down their necks like one catastrophic doom troll.

Mammoth Weed Wizard Bastard emerges from North Wales and Chester collectively and purvey a larger than life sound that burns its way into the eardrums within the first five minutes of their thick slab of space-doom magna carta, Nachthexen. True to their self crafted stereotype, MWWB have recorded a 30.43 piece that encapsulates early Hawkwind, Sleep, Acid King as well as hints of Electric Wizard.

Where else would something like this be crafted but at Skyhammer studios with the legendary Chris Fielding. The piece starts off with a Pelican-esque atmospheric intro which gradually drifts around like a dead mermaid until the sonic blast of a Sunn Model T amp explodes into the listeners soul.

What follows over the next 15 minutes is a medley of riffs, more riffs than you would find in Matt Pikes gig bag. The time signatures are what set MWWB apart from being just another riff orientated bunch of geezers loitering outside a Pentagram gig.

Old school synth thunders through most of the record, building the mountainous blasts that follow. None of these riffs would be anything without the earth-shaking grooves bashed into the drums like an iron mongers bench.

Building up from all the doom you could possibly wish for, the cherry on the metal cake in MWWB is the ethereal vocals provided by a lass who invokes a slightly Siren-like feeling to the sea of molten lead.

These are few and far between however as the riff fest grows and grows, the production quality on the recording is second to none, everything is clear, the dynamics of each instrument is perfect, the riffs will keep coming.

Bear in mind, if you’re not a Mammoth riding Wizard you probably will feel a bit lost listening to riff after riff and syncopated rhythms...however if you are a pot head or a bastard, you’ll fair just fine.

Formed from members of Mother Of Six, MWWB have set out to create large pieces groove-laden Sabbath-worshipping doom for all to savour.

The questions being would you be able to stomach all of these riffs on a regular basis? Would they appeal to most people? The answers are probably no, but then, with a pre-warning of you may feel sick, it doesn’t look like MWWB are going to give a fuck what you or I think of one of the heaviest things to come out of North Wales since Catfish and the Bottlemen opened a savings account.

Plutonium riffing is what’s on offer here, there’s definitely no shortage of it either, especially in the 30.43’s worth of psychedelic, space-fused, doom trip. After the riffing dies down like a Centaur that’s been shot with a flaming spear, the siren begins to wail again with breakdown that couldn’t be more reverb-drenched if it tried.

This section around the 18 minute mark is well placed to give tired ears a break. Don’t try and fall asleep on your afghan rug just yet though, the riff demon won’t sleep on this one, there must be some serious torment going on inside the riff makers in MWWB, they all have their own demons and damn, they’ve got demons; By the planet-load.

If you are filled with pure-white hatred for all mankind and possibly yourself, then you’d do much worse than to spend you hard earned £4.50 on MWWB’s debut.

Put the bong down and buy it, you don’t want that water anywhere near your computer now do you?