East Of The Wall / Cryptodira Split 7" 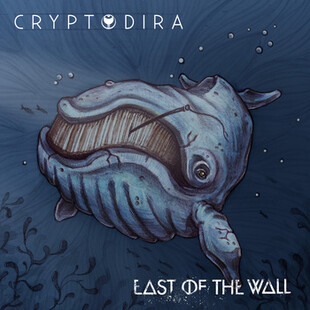 Cryptodira and East of the Wall have teamed up here to bring out what is one of the most interesting 7"s we've heard in a while.

Cryptodira occupy a unique space all of their own, the 7-minute Speaking The Ocean twists like a screw through several genres, sounding like sludge on speed crew Soilent Green one moment, before engaging in that long-lost concept of clean vocals in metal. In this way they create a frankly hyperactive side to the wax, it veers from style to style, but with such aplomb you'll wonder how they fit it into 7"s. An album of this level of imagination and scope would be enough to make your head spin.

East Of The Wall throw a curveball so wide you wonder where thru got the idea. The classic Nick Drake folk song River Man is held up and embellished elegantly here, starting off as a simple and impressively faithful cover, but descending majestically in time to a mathy, epic wash of sound. Post rock delay and reverb flow over the original's acoustic base, while metallic elements provide some darkness and shade.

Drake purists might not like the idea of a heavier band taking on one of the late minstrel's songs, particularly one of his best, but Drake's downtrodden and peaceful approach to music is respected here and lifted up as almost a tribute. This is no straight cover beefed up, it's an excellent interpretation of a beloved classic which is to be admired.

Forums - Reviews and Articles - East Of The Wall / Cryptodira - Split 7"