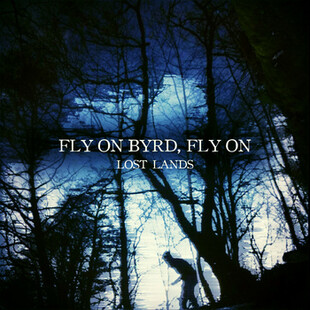 Round at the edges, this particular biscuit has a comforting side. It's one that many enjoy, but a snack perhaps lacking in real substance when it comes to roughage, the simple, sugary predictive crescendos meaning it lacks a lasting legacy for some of music's more demanding appetites.

Fly on Byrd, fly on are an exception to this however, packing more into their buttery disc than many. I'll stop with the biscuit metaphor now as 'buttery disc' sounds fucking disgusting right? In blunt terms, FOBFO are Sheffield's heaviest post rock band. The kings are still Gilmore Trail in terms of twinkling, ethereal wonders but this ambitious five-piece are staking their claim.

Formed in mid-2013, they've been ploughing the Sheffield furrow doggedly and their Tramlines Festival performances were testament to that.

FOBFO blend an introspective predilection for unearthed samples, use of atmospheric keys and a raging post hardcore influence to create paced, engaging music.

Basing their name on pilot Richard E. Byrd, who many believe to have entered the 'hollow Earth' while flying over the North Pole in 1947. This lends the band the creative room to be fantastical and somehow politicised, thoughts of conspiracy, Masonic handshakes and truthseekers certainly abound as you absorb Lost Lands.

Just two tracks co-exist here but they soar majestically. The weighty Thule starts off in heavy earnest, keys blaring out high in the mix too, but it's in the quieter sections that the clear identity this band has shines through. The intricate basslines coalesce with the post-hardcore informed riffs, giving it a stylish, metallic edge.

They do wander off at points into predictable dynamics but that can be forgiven when you consider how joyous and exhilarating that sounds here.

The band cite multiple influences including the likes of Thrice and Russian Circles, but the heavier elements recall early Pelican, while the more nuanced and mathier parts show that same spark which lifts bands like From Monument To Masses and Nordic Giants from the mundane.

The start of Hyperborea also shows off the keys as an integral element to FOBFO's sound, lending it a classical veneer that we are constantly surprised here at ninehertz isn't utilised more by bands of this ilk.

FOBFO have plans to record more material this year, with perhaps a primal concept behind it. If it's as far-reaching and vital as this 15 minutes displays, we're in for a treat.

They'll be playing a Sheffield venue near you soon, go and bear witness.