Set and Setting A Vivid Memory 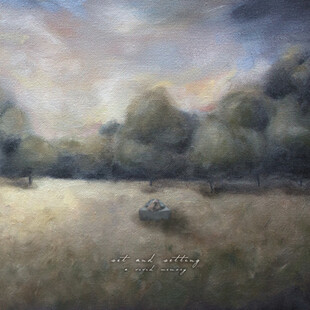 Post metal has undergone somewhat of a sea change in recent years. With what is considered acceptable for the genre shifting massively, it seems to have gained its second or even third wind.

With the old masters still present, Neurosis being the gnarled grandfathers and the wave of Hydrahead-heavy tides fading away, it's not unforgivable to think the proggish, introspective style has sunken somewhat. To presume this is foolish. Bands like Amen Ra and their ilk are giving the genre new bones and a standard to meet.

Where Set and Setting fit in with this is immaterial. What they do is not unique by any stretch, but those who can't get enough delay pedal and progressive washes towards mighty and proud moments of euphoria could do worse than inspect A Vivid Memory.

Indeed when they do spring to life on The Inevitable Cycle it suddenly takes on a rapid-fire black metal hue reminiscent of the rawer moments on Alcest's Souvenirs d'un autre monde, whistful and romantic as well as heavy and bleak. Existential metal one might dub it if that weren't pushing the pretentious envelope too much.

A Vivid Memory is split into four 'suites' of two songs apiece, with each taking on a certain mood. The likes of paired up tracks Acceptance and Emptiness make perfect sense, the former striking up a paced, elaborate tapestry, the latter invoking emotion through gentle e-bow teasing and acoustic loveliness. This also ramps up at the end nicely in order for the next couplet of tunes to begin which take in that somewhat neglected aspect of Neurosis' influence over the genre, the tribal drum pattern. Descending Sun is certainly the most frenetic track on offer here, breaking into towering pillars of sound once it hits its peak.

What Set and Setting have here is an ambitious and respectable body of work, there just needs to be something else there to stand that bit taller than their contemporaries. The genre is a rich seam, but probably needs more digging to unearth more gold.

Forums - Reviews and Articles - Set and Setting - A Vivid Memory