Tim Holehouse is a hard man to keep up with. There's probably not been a time in recent history where he's bit been recording/planning or hawking a split release with someone or other and it's to his credit. So much so that I'm starting to wonder if the 'C' in TCH actually stands for collaboration.

These three tape releases are not only uniquely packaged, but pack ideas individual from each other onto them too. 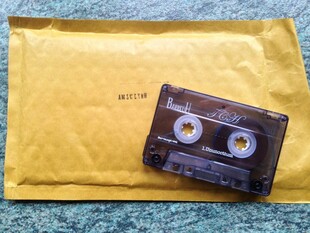 The split with A Million Squeeks Will Do You No Harm comes in a minimal, stamped Jiffy bag with a note to tell you song titles. The 'Squeeks side is a mash of digital noise, speech and static which provides an irritating if listenable side of the tape. One Eindhoven-dwelling man by the name of Mike Dobber has produced this and the garbled results vary from fuzzed and 80s funk bass ghosts frolicking, to more threatening and scary lashes of dialogue. The smell of black metal is strong with this one, but of a more rotten, digital musk than traditional treble botherers would deliver. As the fuzz mask drops however it's revealed operatic vocals are at the base if all that has been filth, nice twist. The TCH side is singular track Ununoctium which explores a lonely, crawling furrow built on sinister repetition and a snaking, smoky coolness. It fades out halfway to allow breathing space before coming back sounding like rusting, unpleasant city decay. The distant rumbles of industry rake their dirty fingernails down a blackboard to produce more bleakness, before compounding this with a bleak section of piano at the end. It's business as (un)usual for TCH again. 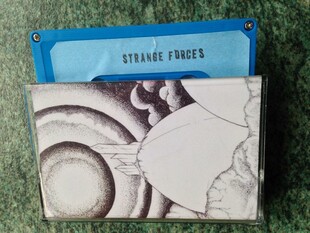 The split with Strange Forces comes in a more orthodox cassette box form, but contains further wonders. The SF side is a single track based on the name of legendary bushman Malcolm Douglas' dog, Bundi. Through chopped keys, washing drones and pleasant percussion, it's got an almost world music gone drone feel about it. Sounding both scientific and wonderfully wild and natural at the same time is a great achievement and one which draws you in.

The Brisbane three-piece sound ultimately at peace playing this, there's no sense of danger or malevolence to proceedings and at times sounds like a more organic and blissed-out Fuck Buttons. Sunshine and mindful calm in droves.

The TCH side of the tape is two tracks Hydrogen and Oxygen. The former seems to follow a breathing, shimmering path that evokes the best of Delia Derbyshire's works at the BBC Radiophonic Workshop, as it builds, it's trebly tendrils resemble Tardis noises and science fiction planetscapes.

The latter track is much more spaced out and ethereal. Moving with the grace of a feather in the wind, Tim's greatest victory here is knowing how long to let notes reside in the air and the result is altogether very relaxed and full of zen-like calm. Even when the volume ramps slightly, the same even-handed approach means it's a subtle and beautiful being. 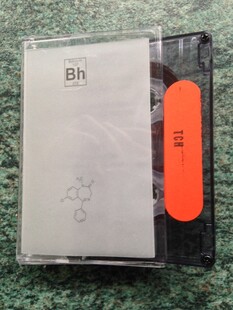 Last but not least, the split with Neur(0)n comes with a spectral acetate insert that reflects the minimal, but affecting material inside. The TCH side again takes the form of one track but approaches the job this time with high pitches and whistling drones that flow over one another. There's also hints of strings in there too, though it's unclear whether these are made with guitar manipulation a or bowed instrumentation. Bohrium is as elemental as it's name suggests, almost resembling the dying signals of a distant star at times, its lonely signals being meted out into old, cruel space.

Flip the plastic over and you are given two tracks, Lost Cave and Shadows which run with even more if an air of mystery. Audible drips on the first track and a swirling vortex give the echo and reverb-laden sounds a dank, dark cavernous image with visions of tunnels and a sense of panic to the table. Not for the feint-hearted it could well be fuel for nightmares.

Shadows has more of the same, a slow-burning and pulsing sound that imprints itself upon you with a forceful and thick as tar sound that's cloying and unpleasant. Like bad news on a hot and humid day, this just won't go away, how wonderful.

If you've missed out in these recent releases they are available here, here, and here. Investigate for some true experimentation, you'll be (weirdly) pleased you did.