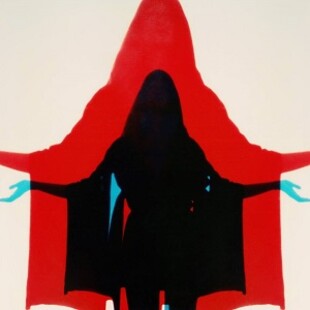 Despite a plethora of female fronted retro doom albums over the last twelve months or so, I'm excited to hear Electric Citizen as the growing genre still has much to offer, and also offers a potential brighter antedote to the doom and gloom blackened metal I've been purging on of late.

Instantly attractive, the doom sound is breezily lightened by a 60's rock deftness that was mastered so well by Uncle Acid and the Deadbeats last year. The opening Beggar's Need is fantastic, a joyous chorus bringing to mind a more pertinent reference, given the similarity in vocals, of Purson.

Elsewhere, there are restricted inputs of organ and other instruments, recalling, inevitably, Blood Ceremony, with the haunting Hawk Nightingale notably atmospheric, and the tapestry of rural shires conceived on Shallow Water, the latter closing in on a Steppenwolf-esque organ-assisted rock-out fashion, brilliantly.

There's much going on from the base template, full on Sabbathian rocking numbers fraternising with almost Krautrock psych passages, providing the building blocks to an album that feels alive, and never tiresome, leaving you wanting more at the end of its nine tracks. The voice of Laura Dolan is a real asset, mixing between the occultish devilment of her peers with a purer 60s influence, while at one point I dream hazily of Melissa Auf Der Maur fronting Budgie, or Cream, or some band from the more esoteric alleyways of British psychedelia past.

Having namechecked many of the obvious references (I'll throw in Jex Thoth, Ides of Gemini, Christian Mistress and Mount Salem just in case you weren't sure what I am getting at), it is worth me noting that Sateen holds a direct retro line back to it's forebearers, never seeming to be forced to fit with the recent trend, a pure homage to it's influences yet original and varied at the same time. Easily up there with the best this corner of a small niche have had to offer in the last few years, and thus highly recommended to those who revel in it's sound.