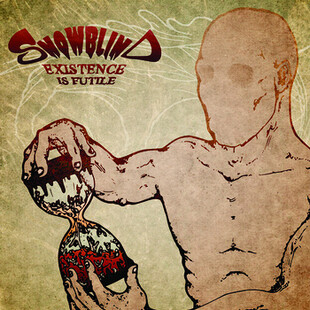 Ok, so firstly, full marks for the name I love bands named after great songs, especially when it's Black Sabbath. I'm just waiting for the band called 'Crockett's Theme' though, one day, one day.

Snowblind then are a metal band from Ireland, not entirely the usual Ninehertz fayre but we give all bands a fair whack don't we? The metal is very much at the forefront here, but there's some definite 80s thrash in there too and not in a horrible euro-rehash way, there's no polished production here, it sounds pretty raw and the guitarist and drummer are pretty much in sync from the off, I think due to the fact they've been jamming together a while before they were joined by a bassist/vocalist in the form of a bloke called Ian.

Yeah, so immediate influences seem to be Metallica, but overall it's very Anthrax-inspired, that mad dash to the end is in evidence for sure during the first track, it's all precision solos one moment and bona fide shreds the next and it's really quite amazing. If these kids grew up on Guitar Hero and then graduated to real guitars I wouldn't be surprised. There's even some black metal-esque aesthetics at one point during To The End that hint at darker influences bubbling under the surface.

The vocals veer between full-bodied Bruce Dickinson and more 80s thrash styles and it's a great balance to have. Combined with the head-banging shred sections, this is the first metal I've listened to in a long time that's got me excited for the genre in its purest form. Very good indeed.

Also, look at that artwork, is that formless man creating that molten egg timer or is he baffled by it? Either way, it's ten tons of awesome.