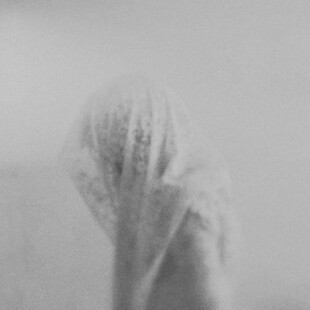 Oh good, I thought, upon pressing play on Swiss quartet Rorcal's fifth recorded effort: drone. A single crashing cymbal and the occasional thundering tom roll. The sort of thing some bands think they can just get away with doing year after year, despite the fact even your Mum's probably heard of SunnO))) by now. Yawn. Skip to the end.

How wrong I was. Track two (no names here, just numerals, and in the wrong order) is a hackneyed simile away from being heavier than an elephant in a wormhole.

But track three onwards is where things really get interesting. It appears, to these reasonably clued up ears, that Rorcal are in fact a very cunningly disguised black-metal band. Ignore the beards and the sub-Sigur Ros artwork, this is full-on icy blasting mayhem (small 'm'). Before the trve kvlt hordes descend with their Wolves In The Throne Room/Deafheaven/Kvelertak accusations, this is by no means a mere arch co-opting of church-burning schtick: Rorcal definitely know what they're doing, dragging the dissonant racket of Iceland's Svartidaudi backwards through a hedge marked 'Jane Doe-era Converge'. And it's really fucking loud (I actually felt like I should probably turn it down a bit, for my neighbour's sake). The brief choral interludes are a nice touch too.

Dense and crushing and thoroughly noisy, this is a cracking album from a previously unknown quantity and I shall be investigating their previous output forthwith, trve kvlt credentials be damned.