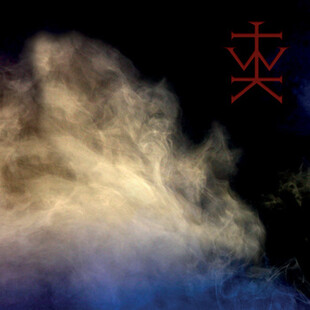 If you've ever needed a slab of doom that perhaps perfectly syncs with any Hammer House of Horror film, then I think we may have found the foul coven to do it.

The Wounded Kings, a mystery to me until like, right this minute, have apparently been causing a stir. Forgive me, living in ignorance has apparently been rather stupid of me. Weighing in with a definite Electric Wizard sound, but strangely, even more dark in tone you'd be well advised to put aside an evening for this with a black candle, a red wine and some stark self-reflection.

From the opener Gnosis it's clear TWKs are of the slow, low and densely smog-like doom variety. With guitars set to crawling, loping and crushing tones, it rarely picks up pace, which is how it should be. Crash after crash of crushing doom might weigh heavy on the listener and the vocals only lift it higher into even more terrifying levels. Give me a beer and my other hand would possibly involuntarily form a twisted claw.

If you survive the opener, a cool, forty-five minute plus journey awaits and it's worth taking. All the Sabbathian bands that have followed before seem somewhat irrelevant as they tear into fuzz-laden swamp fests one after the other.

Vocalist Sharie Neyland seems to have embodied the imposing and wandering wastes of the Dartmoor hills the band hail from. Her voice has a husky, cave-witch like vibrato that she plays on. You can imagine her emerging from fog, eyes glowing red as she intones her often mesmerising lyrics about obsessive love, making even mythological lines seem very real. See Lost Bride for an immediate example.

Elsewhere, it rarely dips away from the drudge of doom aesthetics, except a brief moment in the title track where acoustic meandering lends it an even more sinister tone that you've already experienced.

After being together since 2008, this I guess will be a natural progression for the band, but to new ears sounds like a band who know exactly what they are doing and how to achieve it. Dark, slightly gothic and addictive (I've listened to it three times in as many days) it's up there with what we've been sent so far this year as among the best. The Chris Fielding production also helps, he must be a busy man these days.