Parachute for Gordo Ten Metres Per Second Per Second 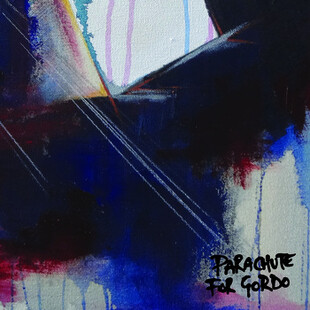 Ten Metres Per Second Per Second is the second release from Rushmoor Valley three-piece, Parachute for Gordo.

Taking a break for the norm of studio drudgery, this five-track offering was recorded live in under three hours, which gives it a rawness which so many bands lack and gives a true sense of the bands philosophy and direction.

An atmospheric and down beat start is soon abruptly ended by break neck drums and this expected turn leaves me wondering what else is in store. I Offered You A Small Dog In The Kitchen is the stand out track for me, with its energetic guitar and dreamy progressiveness it has a late 90's early 00's UK emo feel to it and would be at home on a seismic records or in a the deep end compilation.

The same can be said for track 3 with picky guitars and a buzzy end, a really honest sound comes through and you can tell that technical perfection is not a hang up and this makes the sound more engaging and probably the songs more fun to play live.

Parachute for Gordo bring the funk for Decoy Octopus with a jamming bassline and a Minus The Bear-esque start. An overdriven build leads up to a big riff without feeling the need to go heavy. Punctuated at each end with a timely 'hey', this track ticks all my boxes.

The record comes to an epic end with the 16-minute The Labrasaga: pt1 Labrador Deceiver and pt2 Labradoodlebug'. Dial-Up Internet twists into frantic rock out riffage, then the tune drops way back and down and feels like its building but keeps you waiting in anticipation, then brings you back in stages to a satisfying stabby swirling crescendo. Funky drum and bass take over again to end with more riffage and screeching guitars.

A nice little record with a lot of good ideas. An unpolished and enjoyable listen.