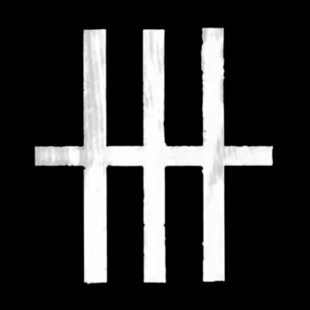 Plebeian Grandstand are a Montpellier-based beast with a collective atittude problem that is evident from the very first note of Lowgazers. coming off like a blastbeat-riddled version of lost but not forgotten American band Mare, or a less animalistic Ehnahre, they combine black metal sweeps and mysticism with a style rooted in the most evil-sounding sludge and grind imaginable.

Drums smash new holes in walls of guitar at every twist and you'll most likely be overwhelmed for the majority of this 35-minute assault on the senses. Screeching vocals ring with a pure hatred for the listener and generally all of mankind and the guitar tones bite and scratch to devastating effect.

Focus in on the individual elements though and it seems each member is whipping up their own fury. Put together it's dense and difficult to engage with, which is probably the point. Disorienting the listener, PG are not out to make friends, no this is almost an impenetrable force of noise that you aren't meant to enjoy.

Mastered at New Alliance East, which handles Converge, Old Man Gloom and Xasthur releases, there's a definite feeling that this has been prepared in a way to bludgeon the listener with force rather than be sedately soaked up. Most will find this style too much after a few tracks, those able to listen intently for the full length will either have a morbid fascination or hearing problems once it's finished.

Utterly devastating, the only comparison you can draw from such harrowing music is the likes of Khanate and Gnaw Their Tongues. Horrible, in the best way possible.