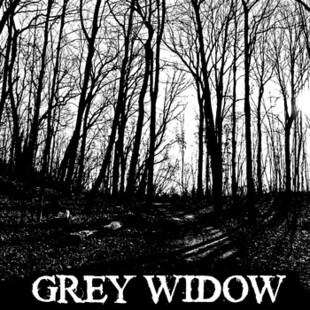 Grey Widow are about to blow your minds, send you cowering into a darkened corner and wrap themselves around your mind until you submit to their depravity. Many have set their compasses toward the sinkhole where doom is allowed to adulterate with black metal and sludge, but few have emerged out with such a glorious, focussed album as here.

Fans of Thou, Moss and Corrupted dock your ships here - doom slow to the point of procrastination is suddenly charged by an electric jolt of sludge that surges a track along, whilst claustrophic barrages of noise launch out at you. It sounds huge, massive in scope and density.

Some bands of their ilk carry on uneventfully, content in settling for violation of the senses, yet midway through your ears atune to the painful death throes and it pacifies the listening experience, to its detriment. Not here - Grey Widow never let up, never give you that respite, be it through subtle variance and influence, or more pertinently through mountanious riffs. It's all aided by a production (courtesy of Sam Thredder of Slabdragger) that never buries the component parts under banks of tinny production.

On IV, they strip back to a quietness before exploding into a full on assault that could be three bands all attacking their instruments at once. It is a fearsome battlefield cry just before the war aimed at putting fear into any that stand in their way. The heaviness is never aimless, volume with nous that doesn't allow you to take breath.

Based in Brighton, featuring ex members of Dopefight, Thread and Parole, Grey Widow have created a miserable, suffocating work of art.