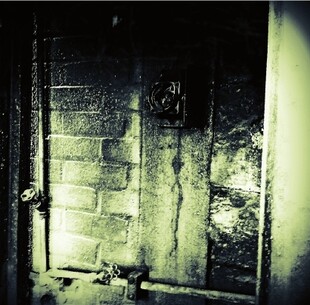 This band are a bunch of Italian misfits that we've had the pleasure of reviewing before. Their Dance of Particles tape was a joy to behold and this is perhaps even better. Two guitarists and a drummer creating disjointed, seemingly improvised clatterings as though in three different rooms means this is by no means an easy listen but it's one that might well stay with you.

The creaks and cracks that the three make with their respective instruments suggests finding new ways to play them. Each track plots a haphazard and lurching course towards no particular end but that's half the fun. If you've ever come across the unusual CocoRosie or can't get enough of the incidental parts of Kieran Hebden's Four Tet rumblings, this is a more organic version.

The hint of electronic interference rises to the surface on A Caught Body Doesn't Have Time To Sing as well as squeaks you presume are from the drum stool. The kit is audible too but the guitars are not being played, rather manipulated via their extremities and connections to create repetitive, irksome sounds that combine with each other to create a rich tapestry shoudl you choose to tune in to their wavelength.

Puzzling and infuriating as it is brilliant, Grizzly Imploded are on the edges of musicality, but are worth listening to, if only for a short time.