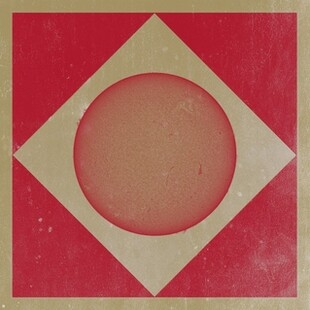 Is there an ambient or ephemeral equivalent of a supergroup? To call this pairing such demeans their art doesn't it? Magic happens the majority of the time when successful types get together, to varying degrees.

These two acts have become synonymous with the hi-brow end of the metal spectrum, if either of them claim to take that genre classification any more is their call but their roots, their steaming, rusty roots are still there somewhere under the multitude of effects.

Collaboration is Sunn 0)))'s key to success, although the duo have proven they can still create great music between them with no interference it's still with the help of great creative minds that they've had their best work emerge. Past pairings have been with Earth (transcendent), Boris (like a stomping behemoth) and Nurse With Wound (truly organic), but their studio albums bear the influence of talents borrowed and pushed into new realms. Such luminaries as Julian Cope, Joe Preston, Atilla Csihar, Malefic of Xasthur and Oren Ambarchi.

With Ulver they seem to have found kindred spirits, both names root deep into the cosmic void for their sound, Ulver having risen above their primitive roots years ago and creating some of the most original music they can while Sunn O))) have seen fit to develop and push their singular vision through different coloured lenses to varying and spectacular wholes.

The recording of Terrestrials saw them holed up following Sunn0)))'s 200th show in Oslo, Norway, August 10th, 2008. After playing before 2000 people at the Øya festival, Sunn O))) teamed up with Norwegian legends ULVER at their Oslo studio, Crystal Canyon.

The idea was to play all night until dawn and the three pure, nuanced tracks here have the feel of the night, albeit a calm one. This is not a power trip, rather meditations to see you through the darkness.

Let There Be Light starts proceedings and is apparently based on a comment made as the sun rose on their night of creativity. Edited from the improvisations, this is a quiet, shimmering affair which gives space for both Ulver's electronic affectations and the calculated, rolling hum of O'Malley and Anderson's guitar loops and feedback. Like the landscape waking up and stretching, this is a calm, measured piece that reeks of sleep and yawning, in a good way. Brass from Ulver's side of things brightens it further and helps lift the track into some kind of significance, like straightening your crumpled clothes after a night spent hunched on a sofa.

Western Horn has a lot more of a busy feel, rumbling electronic sheen is stretched out like a canvas here, changing in bits and pieces and leaving you wondering what is appearing next. The sonorous, sheet-metal scrapes and stretches ring with delay and reverb from guitar amps with an analogue warmth, countered by the electronics which meld to form a loud, but somehow soothing whole.

Closing with fourteen minutes of bliss, this is not the gloom or unapproachable maelstrom of noise you were probably expecting. Other reviews have stated it's simply a meeting of minds, but the undulations present here suggest that they have tapped into each other's intentions in the same way jazz trios thrown together in some imagined golden age did. The drawing together of strings, acoustic guitars and haunting hints of guitar loops means you are drawn in without knowing.

What is here is a bleary-eyed, yet knowing rise from a sleep state to an inspiring new day. Fascinating.