Blame It On The Ocean From The Depths 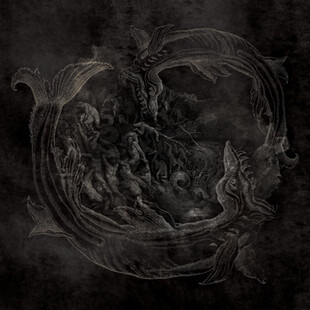 Wow, the spirit of Cursed is strong in this one. Yeah that unbridled hate thing, done with the backing of raging geets and percussion that rolls darkly between groove and blast.

Blame It On The Ocean, rather than 'the boogie' are a lightening-quick and harsh affair and it doesn't take long to realise the album is going to pass very quickly indeed. Sound wise they have it down, it sounds vitriolic, spiky and just the right side of clean production-wise. The constant mutating shift between genuine head-nodding grooves so deep you could fall down them, to a full-on blast mean you barely have room to catch your breath.

Lyrics are similarly uncompromising, how's I'm waiting for the waves/to clean away this shit/ I'm waiting for the waves/ to wash away the dirt for some rage? It's all of a resolute, pure rage and frankly it's quite invigorating. The ghost of Cursed is haunting quite a few bands at the moment, this can only be a good thing, but BIOTO are gutting their own martyrs and have their own singular (angry) vision.