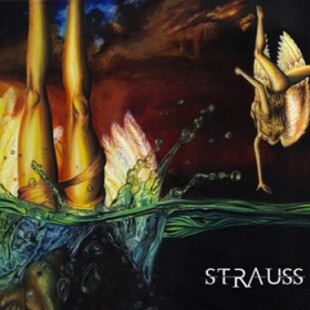 The band name has got my mind wandering before I've had a chance to fire up this demo. Do they love their 501s that much? Maybe they have a fondness for Johann and his waltzes. Or, as I'd prefer to imagine, they've named themselves after the recently retired England batsman, Andrew. I'll try and refrain from any cricket based puns.

This self titled demo is a six track available for name your price download or CD. It opens with Burning Sky, straight into a nice stoner riff. But it quickly flattens into ploddy generic stoner rock, with uninspired vocals. Mi Casa Es Tu Casa follows, and is an improvement - a more metallic sound, High on Fire lite, displaying early a healthy variety to their sound.

There is one main problem however, increasingly obvious as the EP progresses; a common one with stoner rock bands - the vocals. Not strong or unique enough for the stoner rock songs, signs of strain on the higher notes, and it sounds like he's literally just shouting at points in the heavier sections. Take March of One for example, which has a The Sword inflection in it's early swagger, all dashed as the cringeworthy singing begins.

Trigger also opens well, with some interesting guitar work. The main riff has some fair old groove, but could probably do with cleaning up a bit, not something I say often, but it's buried slightly. It's probably the brightest moment here. It tapers back off again with familiar issues for the final two tracks.

I don't want to be too harsh, there's definite scope here and basis of some good tracks. But the vocal problem erodes any patience you might have to fully digest what lurks beneath. Part of the issue is probably the attempt to vary the vocals stylings, where as maybe committing to a style, particularly a heavier one (eg sludge) might benefit, even over the lighter, stoner sections.

More an ugly hoick across the line and resulting leg bye to long leg than knocking it for six, I'm afraid.