Lodz Something In Us Died 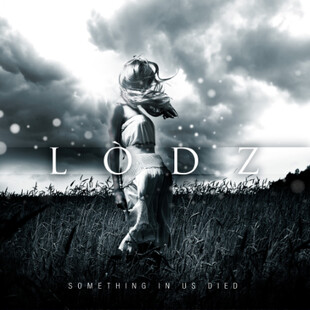 Woah, full pelt from the off with this post metal troupe from France. Like a blunt object to the back of the head, Something In Us Died gets your attention right away.

This is their debut and it's one that will appeal to anyone a fan of the raft of continuing heavy, but thoughtful bands coming out of Europe at the moment. The vocals jump from throat-shredding screams to impassioned and clean sections which makes for some density. There's often a bland and uninspiring level that bands like this hit, so it's nice to get some texture in there too.

There's something of Cult of Luna about them too, the bleak and heads-down melancholia is prevalent throughout. What's a struggle is the amount of new ideas on display, of which there are very few. Always a danger in such a crowded genre, it is a constant struggle to stand out for many and Lodz suffer here too. The best parts are actually the quieter parts, where they explore some tangible, listenable lyrics. Softly delivered, they seem to be exploring desperation and frustration in equal measures.

The layered vocals on Sulfur actually bring out something of interest. It sounds both chaotic, yet truly measured as well. There's several layers of clean lines here mixed with the harsh scream and a more metallic influence behind it that lifts it above other tracks here.

What you have here then is something that's almost poking it's head above the post metal parapet, but is still unsure of itself.

Forums - Reviews and Articles - Lodz - Something In Us Died