The Death of Her Money White Light 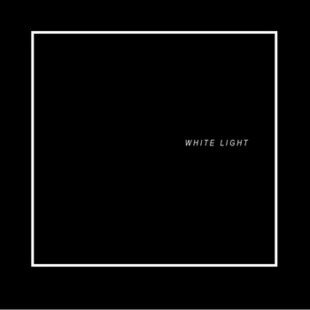 Much has been written on these here pages on Welsh three-piece The Death of Her Money. We've waxed lyrical on their ebb and flow before, but this new release has something that little bit more fantastic and elemental about it.

You know that moment when you see a band playing so hypnotically that the room seems to sway? Maybe it's the watered down and gassy beer you've been swilling, maybe you've not got enough sleep lately, whatever it is, your mind wanders off into a trance. The top of your skull opens up and the music carries you somewhere else. Well, frankly that's the effect of these two new tracks.

The cover image, interestingly, differs from previous material in that there is no illustration, simply a mono white square and the title stamped within. Kaskie mentioned this in a recent interview with us, almost as a way of moving away from the band's past. It works, as the music has changed somehow too.

White Light Sunshine starts off like a TDOHM staple. Muted, lone guitar playing in an empty space before being joined by the steady pulsing of guitar and bass, but not all at once like they might have previously. Nope, this is all about subtle crafting and slow-burning.

Frontman Kaskie's vocals have always been a strangled rasp, forced and desperate, but here they appear reborn, multi-layered and chant-like it's almost unearthly. Above the steady and relentless wash, the vocals stand as a ritualistic, euphoric whole. It sounds totally unlike anything else, you can pour the shoegaze comparison on as much as you like here, that same hoover-like drone pervades it for sure, but TDOHM have been building up to this for a long time. Years of endless shows and some impressive records have appeared up to this point but honestly, this is possibly their best material yet.

Once the track gets going, the post-metal side rears up, but it's still a blunt and thudding sound that's all their own.

Bone Marrow Weight has a much more straight-up TDOHM sound, but it's still got that indefinable uplifting quality about it. The overarching guitar parts that careen over the grinding stagger of bass and drum mean you are left feeling refreshed and somehow calmer when it's all over.

The release is available for free download on the bandcamp link below now. Apparently plans are afoot to package it up with some unreleased tracks and rarities. Grab it now.

Forums - Reviews and Articles - The Death of Her Money - White Light