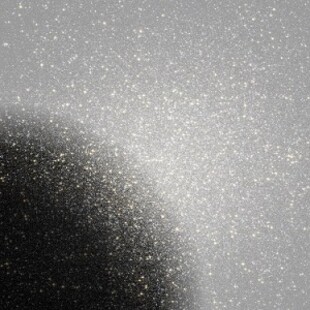 Instantly, I'm feeling some Angelo Badalamenti vibes here, with David Lynch-like eeriness creeping from the system, and indeed something that materially nods to the sublime theme to his Mulholland Drive ting. We start with a couple of minutes of crescendo, and then... there's a few more minutes of crescendo. And as we move through the record, we are seeing slow swells of sound, with layers multiplying like E-coli on an agar plate, emerging as staple themes of the pieces.

So, I've seen people making similarly arranged music & sounds using a little hardware based workstation, with loopers and samplers, and it'd be really interesting to watch this solo act at work - in one way or another.

See, I also can say without any arrogance or smarmyness how easy it might be to make something like this on the average DAW as a bedroom project, albeit one with a good overall sense of judgement, and good decision making about sounds, along the way. So I suppose, in one respect, this is a little bit hard to relate to artistically. That is mainly because ambivalence pervades when trying to relate to how it all comes together (in terms of the what the act actually is). YouTube, you say? Let's just deal with the record for now, and what it put me through.

And so; let's go down the benefit-of-the-doubt road - I suppose one could take that all as saying that this act/recording has an engimatic and intriguing character. It's certainly not undue criticism that I'm throwing at Secret Pyramid, it's just that I did notice that it ended up being a factor in my critical approach to it.

Strip away the cynicism (or autism - you choose), and I actually quite liked it for surface value and overall listening experience. I suppose you kind of have to give yourself up to this kind of music anyway, with no beats, no vocals, being loop-based with pretty much exclusively linear structures. There is just lulling, slowly-revolving progressions of mournful atmospheric calm. This clearly has potential for compatibility with a multimedia environment, soundtrack-like as it is.

The kind of atmosphere it generates could have some crossover appeal. Though it's purported to be a drone type affair, it isn't the kind of thing you could accuse of being a demo of your amplifier equipment, or an intense, overwhelming drone sound. It's not really like that. "No hay banda! THERE IS NO BAND!" - the Mullholland Drive quote proving that the Lynchian parallel is reasonable in both an abstract and literal way, it seems. That's relevant because I feel that this record could be more closely likened to band-less arrangements of a certain pallette of musical sounds, which drawing from a rock band angle could be re-assimilated into material for people from Mogwai to Isis to Alcest. You know; the dreamy, kinda opaque sounding, gentle utlilisers of gloom, with their haunting-chord-change-immersed-in-dirgey-atmos thing going on. Here, the band element is stripped away, but to me it did relay that sort of feel.

It also has song-like lengths, not enduringly teeth-grating soundscapes that you require a large, dry beard to properly absorb. With an overall runtime of just under 40 minutes, the whole thing is pretty approachable.

I land remaining ambivalent. It is hard to know how much credit to give it, but it is actually a pleasant listening experience, certainly something one might want to drink down your headphones. More funer- and ether-eal, with its hazy nocturnal reflections, than something posessing a genuine portent of malice...