The last of our local bands to be announced are the fantastic Gilmore Trail. Their head-expanding music has had us all impressed for a while now and we couldn't envision MADE without them. We caught up with them recently to delve a little deeper into their collective craniums.

Mike: When did GT form? What were the intentions? Did you ever plan to be instrumental or was it something that just fit?

Gilmore Trail: We formed in early 2011, when it was just Sam and Danny jamming and getting ideas together. Dave and Joe joined a few months later. We always intended to be instrumental, with post-rock being a big influence at the time.

Mike: Do your songs 'mean' anything? Pelican once said that all their songs were somehow political. Do you have a meaning or do you leave it to the listener to judge for themselves?

Gilmore Trail: The ‘meaning’ becomes clearer to us as the writing of each song progresses. Rather than writing with a particular meaning in mind, the tracks tend to follow more of a journey of imagery which we then try to reflect in the title of the song.

Mike: Do you feel that post rock is still a genre capable of experimentation? Is it difficult to stand out?

Gilmore Trail: We feel there certainly is room for experimentation. We are continuously trying to fill out our sound and keeps things interesting, for example by experimenting with samples and effects and introducing more varied structures. It may be difficult to stand out within the confines of any genre, but as we don’t strictly think of ourselves as post-rock, we don’t want to limit ourselves to the confines of such a label. Having said that, it is a useful tag to apply to our music to give a rough overview of our sound.

Mike: What are your plans for the immediate future?

Gilmore Trail: We are designing some T-shirts which should hopefully be ready for MADE. Other than that we are writing for the new album which will be released next year, and we will keep on playing as many gigs as we can.

Mike: What can we expect from MADE? Remember each band has an hour's set to fill...

Gilmore Trail: We are planning on playing the Sailing Stones album from start to finish, bookending it with two new tracks.

Mike: What's been your highlight as a band so far? Also, what's been the worst (and it can't be this interview)

Gilmore Trail: Touring with Tim Holehouse was an absolute pleasure. We hope to be doing that again before too long. As for the worst, a gig we played in a small town outside Sheffield springs to mind; it was basically like playing in a youth club where none of the youth care for what you are doing. Not that all youth are bad - but these ones were! 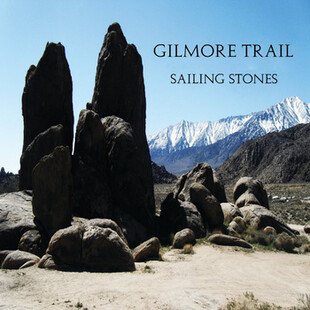 Mike: Have you checked out any other bands playing MADE? Are you looking forward to any of them in particular?

Gilmore Trail: Some of us saw the Vasa gig last time they came to Sheffield which was a pearler – really looking forward to playing with them. We’ve played with Fly On Byrd, Fly On before who are also great, so we’re looking forward to hearing their new material. We also keep running into this band called something like erm… The… Swift Sword? We enjoy those guys very much, musically and sometimes personally.

Mike: What bands influence GT? Are there any members who have completely different tastes to the others and are they lambasted for it?

Gilmore Trail: Some bands that influence us that are directly relevant to our sound are Sigur Rós, This Will Destroy You, Oceansize and God Is An Astronaut, although our individual music tastes tend to differ quite a lot. Joe goes from John Coltrane to Meshuggah, Danny from Gang Starr to Buckethead, Dave is rather partial to They Might Be Giants and Genesis (strictly Peter Gabriel era), and Sam likes to probe the esoteric links between Elton John and Mastodon.

Mike: You've started to use light as part of your show, will you be stepping up the theatrical elements at any point soon?

Gilmore Trail: We always want to make sure that the visual elements complement the music but don’t distract from it. We are looking to forward to having a projected backdrop at MADE, which is something we may well continue with in the future. Having said all that, a little theatre can go a long way, so we may all take to donning masks of different 19th century Russian authors at each gig. Part of the fun each time will be guessing who we’re going to be!