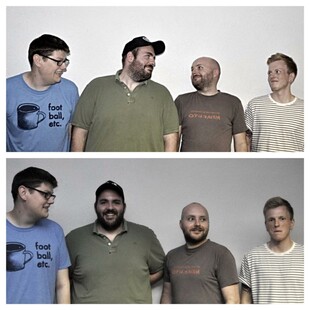 Sleepers are a new band from Coventry, in our third MADE preview, we catch up with vocalist Dan to discuss home MADE wine and touching people...

Mike: How long have Sleepers been together?

Dan: We started in Jan 13 as a 3 piece but as it turns out I can't play bass very well so we drafted Tom in around May which is about when we started doing more practicing/writing.

Mike: What was the aim for the music? Were there any influences discussed before you had your first practice?

Dan: Well, the aim was I wanted to sing and play bass in a band and Mark wanted to do something light and pretty so we drafted Christoph in to make awesome drumming happen and that was it. I've basically had a hard on for Joie De Vivre after seeing them at Zine & Not Heard's About Time alldayer last year and it was the kind of catalyst that got the ball rolling.

Mike: What does your music sound like for those who haven't heard you?

Mike: What can people expect at MADE?

Dan: They can expect me to talk too much and Mark to get annoyed. Also, I may touch some people 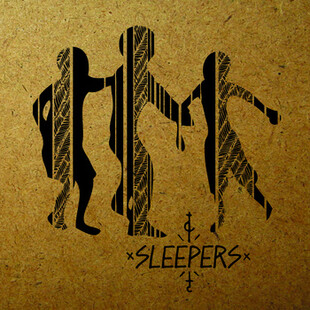 Mike: What are your immediate plans for the band? Is touring on the cards?

Dan: We're releasing an EP through Wolftown DIY, we're just sorting the final artwork on that (recorded with Phil at JT Soar and mastered by Joe C at subsequent mastering) but we've got no touring plans as yet. Maybe next year if Tom let's us.

Mike: What's been your best gig in a band, conversely what's the worst?

Dan: Worst gig is an easy one for me and Mark, we played a show whilst in Montana, in Dundee whilst touring with Flatlands (RIP). Someone gave us homemade wine that got me and our bassist, Mills, hammered. We played four songs and our drummer James (now in Love Hurts) refused to play anymore because we sucked so bad. Then there was tears and all sorts. Every gig seems like a top show after that mess!

MADE is taking place on Saturday 7th September at the Audacious Art Space, Sheffield. Like the page here.