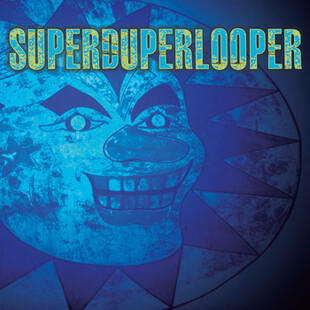 This is a bolt from the blue, a time-halting cacophony of uncertainty.

From the first few bars of Big Dog it's clear that Wharton Tiers is no normal sound. Stabbed keys stick out of sirens, a drone and all sorts of unsettling samples collide. It's like a carnival level on some mid-90s computer game for the PC. You're wandering round with a standard shotgun while tonnes of identical beasties ten times bigger than you sprout from the ground and wander towards you in a shit AI trance.

This feeling of being trapped continues with Cryptological Mathematician which has a distorted crackly fuzz to it that serves as a hot bed for your imagination. All 13 minutes feels like sheets of acrid rain piling down on you from a great height.

Primary Wave is like struggling through an electronic fog, not knowing where your hands are and coming to grips with slime, moss and lichen on the surface of some unknown countryside.

Terminal Dumpster Juice develops this theme of unknowing with what sounds like the slightest taps being transformed into footsteps following you through a jungle. There's a skill to making drone both sound organic and harshly digital but Wharton Tears might have done it here. The sounds of insects and birds are conjured up despite it being clearly cybernetic and facelessly digital too. The end of the track sounds like garbled BBC Radiophonic Workshop fayre, like the ambient, dialogue-free sections of Dr Who episodes from the 80s.

Bone serration seems to be the theme to the unpleasant Telescopic Echo Relay which buzzes with the rasp of an out of service chainsaw and never really lets go. Thankfully its headache-inducing style is not replicated on closer Final Rain Forest which comes on like a malfunctioning kitchen implement with some calmed ambience towards the end. A dizzying listen, but one worth... experiencing.