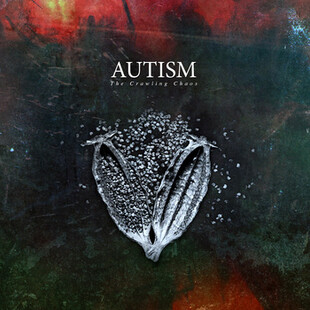 Now calling a band Autism is just fucking stupid. It's up there with Cancer, Malignant Tumour or any band with the word AIDS in it.

However there's no accounting for band names and I've been sent some stinkers in the recent past so Autism isn't as bad.

Name aside, this is pretty interesting stuff from just one chap, it's post-metal in the traditional sense but it comes with a crunch that you don't always get from the genre. They aren't afraid of adding distortion to their trebley and epic-sounding oeuvre is what I'm saying. Take some pretty decent spoken word as on the album's eponymous opener too and you have a band layered with several layers you can dig.

Apparently a tribute to HP Lovecraft, rather than the sauce, it does create a rather baroque and regal feel to it, giving the idea of mystery and tension that the great horror writer is able to create even in short stories. You can imagine the music playing quietly behind a dramatised version or as part of an interpretation on stage, kind of like an understated and less camp War of the Worlds.

There's talk of taking inspiration from Enablers' End Note album, but save for the spoken word, there's not much else to compare it to the stark and film noire efforts that band produce. No this is more at the metallic end of instrumental explorations. It's a lot of staccato scale-bothering but if you're in the right frame of mind, it does sound pretty damn epic for just one guy to produce.

The field recordings of children playing on Savant Syndrome is pretty haunting too, the squeals of kids playing alongside some creepy, minor key musings is an inspired touch, but soon gets back to the metallic riffing. All very epic, but you might tire of it quickly. Perhaps a full band would do this music more justice, there just seems to be a small spark missing.