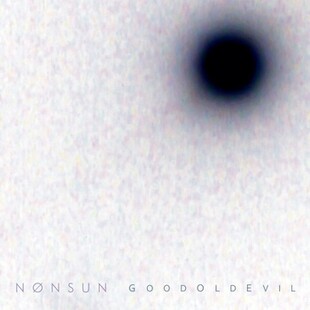 Nonsun are a Ukrainian doom duo playing some good old fashioned downtuned slowness that will appeal to the feedback hungry.

Rumbling and low as the genre demands, this is their debut EP and it stands at an attention-demanding 48 minutes for just four tracks. The tracks actually move through different sections in a pleasingly-paced manner. There's some seriously Electric Wizard aping bass tone here, that wobbly string thing is all over this release. The bass must look like a stick with four loosely-drooping vines over it rather than a refined instrument.

The pair do have the strange habit of flitting in and out of tunes with sections of high-end feedback for no particular reason. There's occasions where there's noodling behind the whistles and hum but very rarely does it add much to the operations. When they fade back in, it's usually to what they were aiming for previously so the incessant folding back their sound into aimless meandering is a touch perplexing.

That said, the start of Rain Have Mercy plays out at the start like Tom Wait's What's He Building In There? all subtle and mysterious droning and mysterious noises until the first slab-like notes are rolled out. From here on it's an overbearing sense of claustrophobia taking hold, pressing on your windpipe and causing discomfort as the behemoth tramples on.

It's all rather a mission to get through, like wading through lakes of oily riffage, becoming snagged on feedback and long-forgotten pianos being casually plonked, billowing dust from their dormant strings. Those with the patience will sense dread, marching straight for the listener, but those who peter out too soon will miss a journey worth taking.