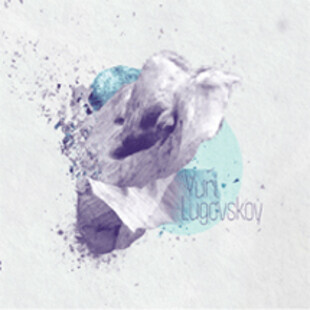 A double album. Disc one’s tracks are nameless, just numbers, and their sound is an evolution of drones and bubbling noises that are hard to place. They blur into cycles, loops, churning.

Meditative music. The kind of thing that locks your brain into a circle, over and over. You know the deal. This sort of thing is your sort of thing, or it is not. It is very thing-y. Nondescript.

They’re all too brief, these pieces, and they sit distinct from each other, gapped by silence. No real groove, no hypnotic swirl is achievable. Momentary lapses into space and then that sudden drop out.

There’s little musicality either, on the first disc. There’s just noises, brief fragments, and gone. Perhaps a study of how they were produced might render some interest on an intellectual level, and there’s no insert in the album sleeve to explain anything unfortunately, but I've heard squelches and burbling electronics and off-kilter noises like this before, and with more method behind it or at least more minutes that really allow me to get to that place of emptiness.

So how about that second disc?

It’s a remix disc, from the micro-text on the back of the case. Various folk have mixed up new sounds out of the tracks of the first disc. Hope springs for a significant diversion from what happened on the first disc.

Immediately, strings, melancholic in the opening seconds of William Ryan Fritch (Track Three). Hammered piano notes, the original sound distorted somewhere beneath, guitars sparking out in unknown chambers. The drone rises and we get more of that unspeakable sound rotation from the first disc, the source material, but it is offset with a richer texture and more instrumentation that bring a more pleasant and almost melodic structure to the proceedings. Much more a mode I can get behind.

Mugwood, a remix of Track One, is a return to the abstract soundscapes, but again there’s that nagging sense of melody that Lugovskoy did not bring to his own compositions. It sounds a little like Belong, waves of soft fuzz with hints of strings and almost orchestral properties, a sense of space and big sound but compressed into a gentle distortion that rolls like surf on a sunshine coast.

Brave Timbers, remixing Track Eight, is piano in a small room, more melancholic strings. Worlds away from the electronic mutter. The whole second disc leans on the sounds of the first as a bed of noise for more varied instrumentals and/or actual melodies. Tokyo Bloodworm even has indistinct female vocals on it, sighing wistfully.

There’s a lack of coherence perhaps, as with any remix collection, and you could argue the first disc provides consistency in its soundscape, but there is a lot more to listen to and engage with, and even to act as an ambient soundtrack to your day, in the remix disc that leaves me with the confusion opinion that Lugovskoy might be better off in collaboration, taking the Eno approach as it were, and that the remix disc is the one you want to listen to here because of its breadth of sound and the narrative and melodic structure each track provides in comparison to the original tracks they were sourced from.