Neko Nine Summer Is You 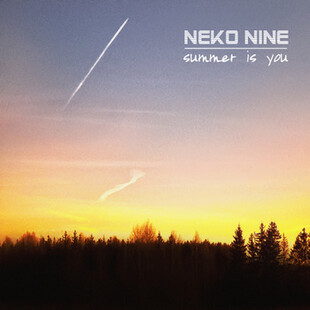 Sometimes when you’re listening to albums back to back - hey should you do that? I mean you need the palate-cleansing of silence or white noise or something no? - you have a hard time mentally shifting gears, so to speak. Here’s a soft one, now a hard one, bands and artists at odds.

Reviewing is a problem, perhaps, when you decide to dose up all in one go due to time constraints or attending to other things. Especially when you’re an amateur, a gross hand-waver like myself, trying to make sense with all of my foibles and nothing like a professional education in critical analysis of music. Just years of listening to everything I could get my grubby hands on. I know what I like. Do I like this?

Neko Nine, right after Amp Rive, feels like I shifted from first to second though. A nice easy one, no block shifting, no rush up through the gears into high-speed. Instead I am faced with more instrumental music in a vaguely post-rock post-metal (press release says so must be right right?) formation. So it’s a bit heavier, but those guitars sound very similar. Buy more pedals? Play with texture? I don’t know. I was told effects are the temptation of the devil - and not in the good rock ‘n’ roll way - that sully the purity of the guitarist and their pursuit for technical ability. Or something.

I’m not a musician, I’m a listener. What I do is I listen to your music, and then I make a decision about what I think. I think these guitar sounds bore me. The metalish sounds are generic as all hell - again not in the good way. It’s like you think a sound, an exact sound, is what makes a genre? Don’t be so narrow minded. You can be heavy without sounding the same, you can be light without sounding the same. It is, perhaps, a question of attitude, of intention. Personality, and vision, perhaps a concept - without straying into concept album territory I mean.

I mean, right? Does this make sense?

Because nobody seems to get it.

This is tedious, plodding instrumental music. Actually after Amp Rive, I’m inclined to give Amp Rive a boost up. In comparison this is worse. Really not doing much at all for me.

What’s the context? Self-conscious teenagers swaying and staring at the floor with bursts of moshing? Because I wouldn’t see the point of this live. You can’t dance or jump to it, it is too changeable. Yet it does nothing to structure a narrative or take you to a place, it’s no Godspeed-like movement you journey through. Not gentle enough to have on in the background whilst you do something. No good for walking, or driving, or public transport commute. Not party music. Not really artistically inventive or daring or with a definite personality. Not something to be experienced in and of itself and yet not applicable outside itself either. Liminal music, this, which perhaps forsakes spirit for technical chops.

Do we need music like this? I guess so. Music has to be diverse. Maybe this is someone’s cup of tea, but it isn’t mine. Still, every song you spin gets you closer to an understanding of what works for you. Chalk this one up as an experience.

Forums - Reviews and Articles - Neko Nine - Summer Is You