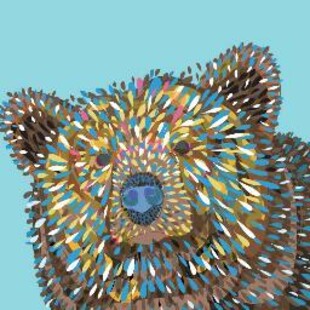 Sounds like a vague hand wave towards Liars. Same falsetto vocals. Weird churning guitars that sound more like they are being used for percussion than melody. A thumping beat. This is what we open with when we greet Umanzuki’s Sonic Birds. I like this opener.

Second track is more skittering guitar noise, rattling sticks on metal, all of it falling over each other in a way that is just shy of melodious until it builds and cycles and builds again, promising something. But it never quite gets there. Nothing coheres and it’s all just out of time with each other. It builds to nowhere and is gone.

More churn. Drums and guitars that sound looped, feedback loops, it’s all very hypnotic and vaguely tribal. These chaps hail from Italy and call themselves jazzcore punk. I can see elements of jazz informing what’s going on here, at least some of it sounds deeply improvisational and running from popular song structure. Not sure where the punk lies though, other than a certain spikey attitude on display in the sound and the loose feeling in the recordings. That DIY aesthetic thing.

Prolonged exposure leads to weird sensory impressions, scattered thoughts and a feeling of discomfort. There’s something joyful in the sound, it bounces and clearly comes from a place of delight, but it’s an odd listen and leaves me feeling weary. There’s a point too, on some tracks, where it turns into total jazz wankery, scattered notes and noises and every drum being hit with some overly complex rhythm in mind that escapes me. I feel like I may have just been rolled down some stairs in a washing machine with a random assortment of instruments, and the resulting noise has been amped up and then fed back into the machine to assault me further.

The moments when the vocals come in and things take on a chanting, tribal quality are interesting. There’s something to like there. But this is more often than not slid into the cracks between wailing noises and spattering spitting splintering drums that leave me wondering what succour, what enjoyment I as the listener can draw from this.

I suppose if I was a musician myself and technically apt then I might nod sagely, proclaiming that ah yes, this is very good because they are doing x and y. But I’m not. I’m not into musical navel-gazing, bands’ bands and music for the sake of technical prowess and virtuosity. I want something that does something for me emotionally, mentally or narratively. This, alas, does nothing for me.

Perhaps you might enjoy it though. It certainly is an experience.