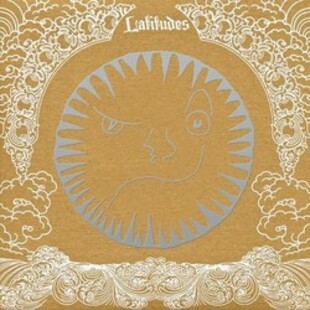 My ignorance of the Latitudes Sessions comes back to bite me in the arse. Behold! Chelsea Wolfe’s Prayer For The Unborn! Who? What? Where? Why? How? Alright, I can answer some of those already. Yes, I’ll now listen...

Okay so this is a covers album of another band, Rudimentary Peni. And I have no idea who either the covering nor the covered artist is/are.

Forty-six seconds on the opener. Big echoing guitar and falsetto vocals. Certainly something to shake the cobwebs off, and gone before it even got welcomed.

Those forty-six seconds are something of a blueprint for the rest of the session set. Twanging guitar set in a big room sound, ethereal vocals from Ms. Wolfe. More guitars overlaid, heavier and closer when necessary.

Drums on the third track, the only addition to those vocals and those guitars. Sparse, minimalist, atmospheric. Something properly gothic, monochromatic, about this. Black On Gold / Sickening For Something is insistent, building its repeating guitar and crashing drums. My highlight.

This session does not outstay its welcome, five tracks total and the brevity of an EP, three minutes and a second on the longest track. Popular music length, but no mere pop song on a single track. A great sense of dynamics, using the space and the silence, a tiny bit of mains hum sat under the guitar.

Dissolution / Rehearsal For Mortality plays a hollow beat and a repeating guitar line. The vocals are clearer and Ms. Wolfe’s voice is pleasing to the ear.

The closing track, the eponymous Prayer For The Unborn, is a tumbling clatter of drums, wailing and moaning guitar. The same phrase circles uneasily for the first half, then finds its wings and opens into a menacing riff and Ms. Wolfe’s plaintive voice crying wordlessly, drums skittering nervously in the back. Then it’s over in a whine of feedback. Gone.

Now that I’ve listened to this I’m urged to explore Chelsea Wolfe’s other output. Perhaps you aren’t as profound in your ignorance as me. Either way, Prayer For The Unborn is something you should try out. These Latitudes Sessions definitely seem worthy of pursuit as a whole too, if this and Bardo Pond’s Yntra are any indication. Weird splinters of rock.