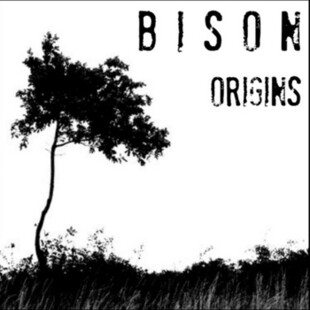 Bison are a rollicking three-piece that bring to mind the cream of the mid-nineties.

You know the kind of stuff Therapy?, Hundred Reasons and the like, but also with a more indie twist. I can imagine Steve Lamacq spinning this on the evening session between the new Gene single or something like a session from Campag Velocet.

That's not to say it's dated, rather influenced by a very clear set of bands. The intro actually out-performs most post rock we get sent, so if they fancy doing a side project, epic crescendos beckon, they really do.

Once it gets going, it's a laid back affair, with some sweet backing vocals particularly on High and Broken which has a certain tension to it, but nothing too involved or po-faced going on, making it a perfectly rounded effort.

EP closer Lost in the Rain takes on a heavier slant, with the vocals going a bit scratchy like the great Billy Corgan of the Smashing Pumpkins.

Take a listen to this intriguing little release here and if you feel generous enough, it's just a quid to download, you can't go wrong.