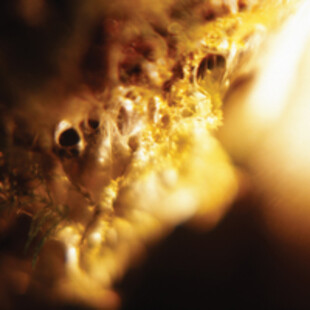 This album feature Isis frontman Aaron Turner and is the last release on the soon to be sadly missed Hydra records.

Because of the semi legendary status of Isis, particularly post their landmark release Oceanic, it is difficult to approach any of Aaron’s work critically. Arguably Isis invented post metal and have been a massive influence on any number of subsequent bands.

So is Black Curtain another hall of famer or a victim of  emperor’s new clothes syndrome? The truth is after listening to it a few times is that I’m still not sure. You could argue that it is spare to the point of sonic non-existence. Jodis don’t believe really in the short number and the majority of the tracks are long and spacious with a simple, restrained and repetitive riff courtesy of James Plotkin and minimalist drumming from Tim Wyskida.

Turner’s vocals have an eastern vibe or it is not impossible that he has based them on an old CD of Gregorian chanting he had knocking about the living room. Sometimes crooning, sometimes barely audible he certainly adds a feeling of other worldliness that more traditional vocalists would struggle to conjure.

What I am struggling with is that simple, repetitive music is all about creating texture, soundscapes and a feeling of intensity. It is not about the songs or a catchy chorus or riff. Whilst the album undoubtedly has moments where it achieves this, ultimately a lot of it sounds samey and is a bit tepid. There is also the danger of it appearing a bit too earnest in places and particularly trying too hard to inject the feeling of mood with the vocal effects used in the production.

If I sound like I’m damning it then to be fair it is good in places- the last track Beggar’s Hand picks up the tempo and with its welcome  use of down tuned guitar is arguably the most effective thing on the album. I suppose ultimately the problem with it is that it might be ok on in the background but can I imagine popping it on my iPod frequently?- well no not really!