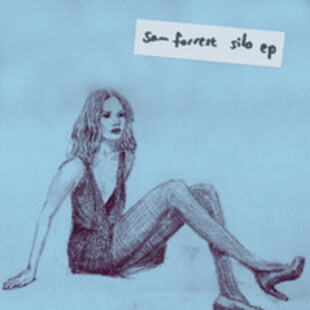 Former frontman of Nine Black Alps Sam Forrest (described here as sludge rockers?!?!) has released his latest EP on tape, containing 'fuzz and noise' according to the press blurb.

Well as someone who finds Whitehouse a bit tame, it's not noise in the traditional sense. What we have here however is some low-slung indie rock in the vein of a more happy and pacey Codeine or a less lethargic Dinosaur Junior. It's all a bit out of tune and sloppy, but still has a respectable production, this is not Times New Viking territory, rather an indie band gone slightly sour. The World Hates Me is full of angst and yawning Americanisms but the second track is cooler and more refined. Indeed Babydoll rings with almost a 90s Britpop sound, which is nice. This would sit nicely on BBC Radio 6Music, indeed Nine Black Alps get the odd play on there so there we go.

Throughout, Sam sounds too cool for school but it sounds good without really trying, which is a smart trick. Investigate if you dig lo-fi rock that never gets above 40mph, it's pleasing in its own funny way.