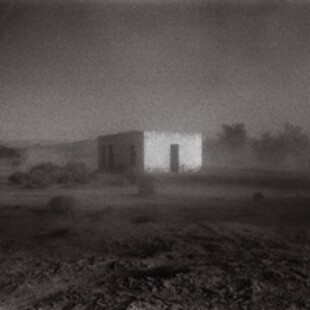 Sound of cosmic background radiation, violin dancing across it. The universe tuning up. Then guitars, jagged stars, cutting out across the night sky in arresting discord. A shuddering thing like glass strings played out. Then it builds, then it really begins.

I assumed my love affair with Godspeed to be that of late-adolescence and university early-twenties. Serious music for a serious young man who took himself far too seriously. Because you’d feel like the band did, if you were not well-versed in a certain humour that runs as a deep undercurrent to their output. See the joyful glockenspiel at the end of The Dead Flag Blues on their first album for a hint that they were not as po-faced as some mistook them for.

I never could get into their last release, Yanqui UXO, as it felt laboured and somehow thin compared to their earlier output. So it is an absolute delight that they return, on form and fierce as anything from their earlier releases. And still brilliant, still able to move me when I assumed I was more mature and perhaps over post-rock melodrama. Or whatever genre label you’re supposed to put on Godspeed now. They do driving, extended instrumental pieces with a whole swathe of instruments. Music filled with dynamics, peaks and troughs that take you on a journey.

Mladic, first track of the album and formerly known as Albanian when it was played on tours pre- and post-hiatus, is the highlight. This thing thrums with energy, pounding guitars at some point hypnotically sounding like early Black Sabbath buried under waves of strings and storming drums. They sound heavier than ever, heavier than they’ve dared to be before. It works. Over-driven muezzin-call nightmare wails over the driving beat, that Albanian flavour rolling in like a populous dancing as their city is consumed by fire. And it ends with the weirdest street can banging music or whatever that delightful cacophony may be. And it works. Godspeed ascend. Then, a drone respite.

The other main track, once called Gamelan and now known as We Drift Like Worried Fire, runs contraflow to the hammering heavy of Mladic. It nervously twitches, groaning strings a ship’s hull underneath, a repeating motif overlaid, swells of distant guitar swirling overhead. The tension fades, the motif taken up by guitar and it rises with a simplicity and graceful joy. It surges ever upwards, joined by familiar marching drums, like there’s some ragged revolution fueled by positivity pushing towards the darkest heart of a city to make it new again. Guitars call and respond.

It falls into a lone violin until tension returns, rattling and strings pulling, the revolution gone wrong. But then it all comes back, some wild hope riding on an insistent rock beat, guitars roaring ever upwards with what sounds like it would be a pop-chorus hook in any song lesser in length and power. It collapses once more and returns for one final push, one final surge on power chords and haunting strings. A beautiful racket. After it all you feel emotionally burned, sinking into the second drone for relief.

This is not a passive listening experience really, but Godspeed never were. You have to engage with the songs, feel them course through you. They are soundtracks, stories in song form. A hard listen at times, but a worthy listen. If you want long instrumentals, epic dynamics and something that for all its post-rock trappings manages to contort through pop hooks, metal heaviness and an emotional rocket to the sun, then Godspeed’s new release is very much for you.