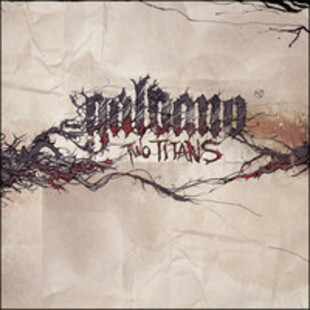 Sometimes in life you just have to admit that you ‘don’t get it’. I have listened to Galvano’s Two Titans a few times now and always come away with the same feeling. I shrug my shoulders and think that whilst it appears to have all the parts in place it just doesn’t grab me by the short and curlies.

Don’t get me wrong there are a lot of positives. The musicianship is strong and for a two piece they sure crank out an unholy racket. They also play with some real conviction. My issue however is that I feel as an album it offers nothing new. Whilst it is not overtly derivative it just feels like I’m treading water whilst listening to it.

It maybe partly an expectation gap- in the blurb they cite Black Sabbath and Pink Floyd as big influences. I can’t say that either of those bands came to mind whilst listening to this. To my ear there were some early Baroness and the odd touch of Neurosis, particularly on the opening track Abysmal.

As I say the guitar playing and simple, repetitive riffs on Hyperion and Ethereal Sword work to a large extent. The drumming is powerful and for me is probably the highlight of the album. The vocals whilst nothing exceptional don’t detract. The main issue for me is sludge/doom is all about creating a mood, often with a relatively basic, but hypnotic chord structure. Galvano whilst striving to do that just don’t in my view hit the mark.

If you take Bleeding Limb as an example it is undoubtedly bone crushingly heavy but if you compare it to the first few Mastodon albums it suffers badly in comparison. It drags and if you find yourself wondering how much longer the song lasts then doom is not working its magic.

I don’t like being negative, particularly when you can hear that Galvano take what they do seriously. There is undoubtedly a lot of musical ability and real effort on show here. I think there is some potential but this album misses the mark. Although maybe it’s just me and my cloth ears.