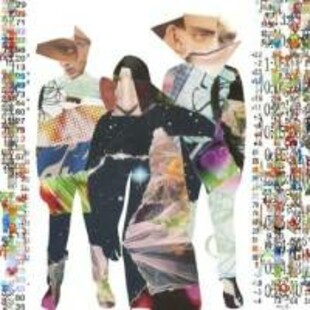 A summery sounding release as we head into autumn. Feels like Cats:For:Peru were late to the party.

Maybe they had a lot of trouble traversing the internet to bring us this release? I can certainly see those arbitrary colons causing some problems.

Alas, whilst this band has a pair of colons in its name it seems like there might be a few more in the band proper. The auto-redirect from their domain name to their Facebook page reveals press shots that auto-redirect me to irritation. Something familiar, derivative there.

First track Three Brothers rapidly goes nowhere on a bouncing beat, sounding like Foals-esque indie pop for throwing self-conscious shapes to, and then it ends. Alright, was there supposed to be a song in there? Repeated listens twist the song into a limp indie copy of Battles’ Atlas.

A Million Colours seems similarly distracted. Off to a melancholic start, vocals and lone guitar. The vocals are a bit wonky, the lyrics occasionally falling flat, but it grows on repeated listenings. It comes across as a stronger song than the first, at least, but for what is posited as a double A-side release it comes off more as Bs. It smells like the leavings of Kaiser Chiefs or forgotten band The Crocketts.

I don’t quite get this. They describe themselves partly as “independent pop”, which is an oxymoronic statement if I ever heard one. Does a major key automatically denote pop or something? Pop means popular, appealing to the populace, so if you want a semantic argument I’d say this sounds nothing like the sonic zeitgeist of the past few years.

The two tracks here sort of shimmer along without achievement, and are over before they have started. Indeed these tracks have no traction at all, so lubricated with the indie-guitar du jour that they slip into the ears, pass through, and are gone again.