Back in 2007, I was introduced to behemoth of a riff named that formed part of a stomping track named Mountain Jim this track was played daily and became the foreground on which me and my housemate at the time would base our soon-to-be band’s sound upon. 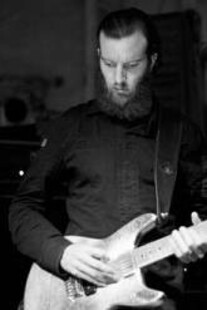 The record that we played over and over in anticipation of this gargantuan riff was none other than Legendary Demo by Clouds. Released on Hydra Head records, this EP/Demo was so amazingly well put together that we couldn’t get enough of. The mixture of thrash, punk and stoner rock kept us going all through winter of 2007 and is one album that takes me back to that living room, fire on, cone burning and both of us drinking beers and wondering why the reggae version of Zappa’s Willie The Pimp didn’t show up on the digital track listing of the CD itself.

Hydra Head Records were founded in 1993 by Isis legend Aaron Turner, he managed to a high school distribution label into a fully functioning record label with plenty of life and many supremely well-placed artists. This label would eventually become one of the coolest and heaviest labels around.

When Turner moved to Boston in 1995, the label followed and quickly began to gather momentum with bands trying to get more from the industry than just a tour, blow jobs and faux-fame.

Converge, Piebald and Roswell were amongst the first acts to appear under the Hydra Head name and whilst Turner kept them all happy, he managed to graduate and grow his label even more.

I gripped onto my copy of Legendary Demo and quickly set out looking for more stuff on this label that no-one in the little town of Chester UK had ever heard of. 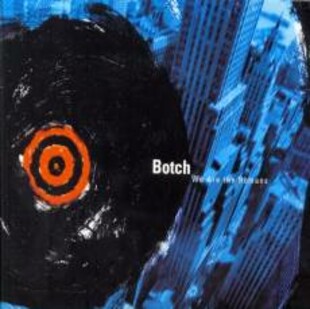 I went into HMV and decided to hunt, my hunt proved fruitful as I came home with a copy of Botch’s We Are the Romans. I raced home alone and ran in to put the sounds on. My housemate and I sat down and were completely annihilated by the sheer force of Botch.

Following this addition to my collection I boosted my collection by ordering a package from Hydra Head themselves I received it not 3 weeks later, a clouds tee shirt, Knut, Harvey Milk, Pet Genius, Jesu and The Austerity Program.

I have since amassed a mighty collection of releases by Hydra Head this was mainly due to looking for them at an angle down the racks of CD’s for the ever-cool OBI-style strip that they would put on top of their releases. I’d look for the orange label and the flame logo all the time.

Their website used to give me and my friend’s great dates for nights out, it was from this that I had the pleasure of attending Pelican with Torche, Big Business and the Melvins and many others.

Merchandise tables were raided at the above events, you can’t come away empty handed after watching Pelican completely destroy a venue, can you?

September 11th will never be a date that anyone looks back in great fondness at, apart from my step-mother who unfortunately ended up with that infamous date as her birthday many moons ago, but 2012 bought yet more sadness as I learned of Aaron Turners decision to slowly wind Hydra Head up and stop releasing new material. For those of you who didn’t get to read it, here it is...

“Hydra Head Records has never been a smooth-running operation. We've spent the majority of our existence excitedly scrambling from one thing to the next, taking on more than we could ever possibly hope to achieve, and never quite finding solid footing in the midst of our self-induced whirlwind of chaos. Though not every second of doing this label has been enjoyable, it has been a very rewarding and meaningful project for me, and I hope for many of the other lives to which it has been directly connected. The fact that it has lasted close to two decades at this point is astonishing, and much has changed during that time - the lives of those directly involved with running the label, the bands and artists we've worked with, and the nature of the music industry itself. Though many of these changes have been positive, or at least illuminating, the impact of our history and current industry circumstances are culminating into a slow and somewhat painful death for the label. It certainly isn't an entirely unforeseen event, but we didn't think it would come quite so abruptly, or (perhaps naively) ever.

The decision to pull the plug has not been an easy one, and in some ways is a not a choice at all. The simple fact of the matter is we've been running on empty for a while now and cannot afford to keep our doors open for much longer. Years of imbalance between creative ideals and financial realities, personal problems amongst the label operators, an unwillingness to compromise our aesthetic standards, a tendency towards releasing challenging (i.e. unmarketable) artists, and the steady decline of the music industry in general, are amongst the chief reasons for our inability to continue. It is a harsh but undeniable reality, and one which we are attempting to confront with as much integrity and grace as is afforded by the circumstances.

For the short term we will continue to operate as we have been, affecting our first step into shutdown this December, at which point we are cutting off new releases from the label. Thereafter, we will be remaining operational only in the interest of maintaining our back catalogue, with the ultimate aim of repaying our rather sizable debts. Grim though this prospect is, in the midst of it all I still feel an extreme gratitude for everything that has happened and for all the wonderful people with which we've been involved over the years. We've been lucky enough to work with some of the most unique and provocative artists of the last two decades, many of which have made indelible impressions in the underground, and by extension the larger world of music in general. We've also been fortunate to have had the support of a small but loyal following, which have constituted the very essence of our life force. We would like to take this opportunity to express our gratitude and love to each and every person who contributed to making this label what it is - all the artists who entrusted us as the custodians of their work, all the people that bought or listened to our releases, and all the people who performed the various label duties at various offices (and houses) across the continent.

...and this brings us to the present moment, where in all honesty we are in need of financial assistance from anyone and everyone who's willing to throw us a rope. Though it is highly unlikely we'll be able to resuscitate the label, we do wish to follow through on the final round of releases to which we're committed and pay off our debts to our artists and manufacturers. In order to do this we are initiating a massive sell-off of everything we can dig up and produce for the next 6-12 months. This will include discounted bundles of CDs/LPs/posters/etc, represses of certain titles for which we still have parts, test pressings, and whatever worthwhile items we can pull together. For anyone that is able and willing to fund our funereal arrangements please visit our direct mail order or web-store and pick up whatever you can. Any and all support is greatly appreciated by our remaining team, and will be put to the best use possible.

There is no way to sum up nearly 20 years of incredibly important music, experiences, and evolution other than to say a big heart felt "thank you", and that we hope this closing will provide an opening into other even more positive and rewarding experiences for all of us and all of you who have been a part of our shared experience. For now we bid you all a very fond farewell....

I treasure my Hydra Head collection, even more so now and I have nothing left to say other than thank you Aaron, thank you so fucking much.