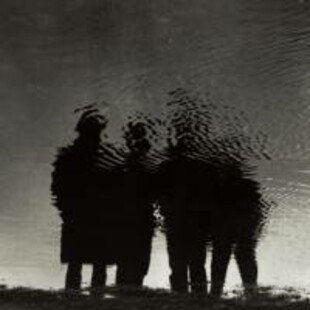 I have to admit upfront that I am a massive fan of 80's American hardcore- Black Flag, Cro Mags, Agnostic Front and the like.

No record collection is complete in my view without Minor Threat's Complete Discography and the other half a dozen albums that defined the genre.

Here we have something quite different. Rites of Spring, rather than follow the path of a million second rate rip off merchants, were early pioneers of the post hardcore sound that others took further in the 1990s. It is no coincidence that a couple of members of ROS ended up joining Ian MacKaye (who produced this demo) in Fugazi- arguably the defining band of that genre.

So how does the demo produced in 1984 (the same year as Agnostic Front's seminal Victim of Pain) bear up?

From the opening track End on End you feel in the presence of a band who both loved hardcore but were also tired of the constraints of the genre. There is a familiar guitar attack but the vocals are higher in the mix and more melodic without lacking bite.

The innovations continue on every track. The two guitarists mesh and complement each other throughout. If you listen to Persistent Vision, where the lead guitar floats over the central riff, it is hard to believe that you are listening to DC hardcore in the mid 80s.

One of the accusations often laid at their door is that they are to blame for the subsequent emergence of the dreaded EMO. Whilst it is certainly true that the lyrical content focuses less on the traditional machismo prevalent among their peers, it is emotional in a tough, unflinching manner rather than the whining woe is me approach of Fall Out Boy etc.This is demonstrated best on the track All There Is where by the end of the song Guy Picciotto has practically sung himself hoarse- no false emotion here.

All these songs were later to be found on the album End on End- where the title track has expanded to a 7-minute barnstormer. However if you want to hear where it all started grab a copy of this demo when it is released in October- you won't be disappointed.