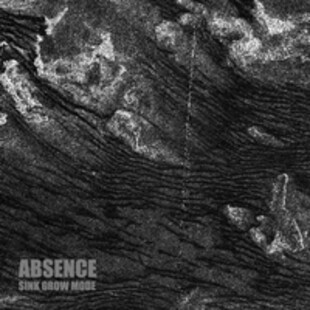 Absence is a certain Umair Chaudhry who has been working on drone material for six years.

As far as I can tell, Sink Grow Mode is his first album and it's not simply an exercise in feedback drivel like you'd expect. What we have here are twelve tracks that are varied, engaging and quite brilliant.

We have out and out scariness in opener Grandiosity Gap featuring echoed fumbling and dark waves of droning bass, Last Day sounding like a relic of the NES era that's been buried and [N-Magnet[/i] throwing streams of acoustic guitar and synth oscillations your way, making it sound like a gig in a derelict church.

Apparently this music was mostly recorded in the middle of the night or early morning, so the sense of hyper awareness and paranoid inertia build steadily throughout. It's like the work ethic Campbelle Kneale used to employ to record Birchville Cat Motel records, in isolation at high volumes in the middle of the night. It makes for some great context and no doubt some great inspiration too.

One track Projector features a metallic vibration in the background, which suggests a grill rebounding off its housing and the accompanying information says Umair sampled a particularly noisy radiator in 2005, so I'm guessing this is where it ended up. It makes for a menacing, ear-bothering sound that is as insistent as it is unnerving.

For a close reference, imagine the more minimalist patter employed by the likes of Warp Records faves Boards of Canada, the over-arching drone samples serving as an ambient base for improvisation or strange shifts in texture, it really works as both a relaxant and as a piece of dark, illusionary art, give it a go, you might find yourself coming back to it.