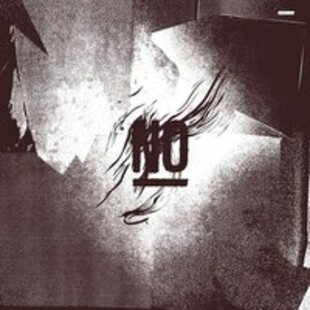 Down take note; here's what a proper metal supergroup should be about. Actually, it might not be fair to single the New Orleans gang out in this case. The perfectly rational argument of assuming bands you like will somehwow become more than the sum of their parts when split and mixed rarely holds true, at least past 1973 when Cream, Bad Company and Journey (you love Journey and don't lie about it) gave way to the likes of Power Station, Angels and Airwaves and Neurotic Outsiders. Eurgh.

Anyway, Old Man Gloom (henceforth "OMG") are back after an eight-year absence in which the separate members haven't exactly been idle, having released around ten albums combined with their day job bands. While their passion is evident, translating that passion and talent into a record is something else entirely, especially when there are this many songwriters pulling in subtly different directions. It could either go spectacularly well or horribly wrong.

With a perfect example being the closing two minutes of Shadowed Hand sounding exactly like latter day Isis, the band occasionally sound very much like the main band of the person who clearly wrote the main part. In these situations the other band members contributions remain clear and worthy additions when they could easily be lazy or self indulgent. There are a few points where they're rolling along, destroying everything in their path (as you'd expect from them) where they might have found a solid groove but there's nothing that leaps out and grabs you, but for the most part it's an inspired performance.

After the ambient and organ intro, the first four songs or so rely mainly on the massive groove mentioned above. Common Species zips along nicely for a couple of minutes until when the bands sludge metal influences take hold and the tempo drops, the chords are held longer and the guitars crackle and cut out in a way that made me check my speaker connections. To Carry the Flame is the most straightforward of the tracks here, with Caleb taking lead vocals and the sections running into each other in a shockingly normal way until the songs final minute where everything disintegrates and tails off.

The criticism you may have of OMG having heard Christmas is that they veer between crushing grooves and meandering electronica, switching between the two sometimes for the sake of it instead of any cohesive musical aim. NO addresses these points and the non traditional noises are more integrated with the songs, supporting them rather than providing a break from the more traditional music on offer. There's no 'Something for the Mrs.' here but witness the metallic groans and eerie theremin style wails that run through the acoustic Crescent, or the hammered sheet metal percussion that creeps up slowly before overpowering everything in The Forking Path to give the song it's breakdown.

While you could trim about a third off the 14-minute Shuddering Earth, this is a pleasingly solid and consistent record from a band who have in the past have displayed huge talent, but frequently placed an over-reliance on unfocussed noise soundscapes which added little to the records. NO largely sidesteps this deliberate obtuseness and is a great album which sees the band realising it's full potential. A possible contender for ninehertz album of the year (if we did that) for me, even if the title is the first two letters of Nola.