The Blue Screen of Death Leave the Future Behind 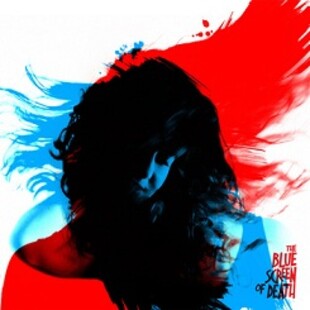 I've heard Blue Screen of Death before, presumably on their self titled debut. From memory it had a likeable instrumental stoner-ish jaunt that didn't blow me away but made me think I should keep them in mind. Eighteen months on from that release comes Leave the Future Behind, an eight track album available on bandcamp.

The Southampton-ians (? Saints?) have made some big changes - presuming my memory is indeed correct. They're fully vocalled up for a start - a clean crisp vocal that, while talented, could do with more gruff for my liking. The sound, evident from the opening Let It Go, is, for want of a better and more indepth description is hard rock. They claim, courtesy of the link tags on the bandcamp page, of maintaining a desert or stoner rock streak, but it's Queens of the Stone Age at most in it's influence - and the NME QOTSA imagination, not the Man's Ruin Beaver split version (/stoner snob) - closer to Foo Fighters than, say, Dozer.

I'm too lost in the AWOL stoner comparisons, and my own desire for heaviness to appear to give it full review justice - Fool's Facade for example sounds better on repeat listens, despite/because of inaccurate reminders I get of a mix of The Gossip and Rival Schools. And What Would Arnie Do? is an enjoyable romp, with genuinely funny lyrics. But I can honestly say it's unlikely I'll play this over again after today.

I've been too harsh on what is a well executed album they can be proud of - the strong writing and ear for a chorus may provide a big audience for this, cosying up to the seats of breezy post-hardcore and the edgier indie cliques. It could as easily fall between the stools of all concerned however.