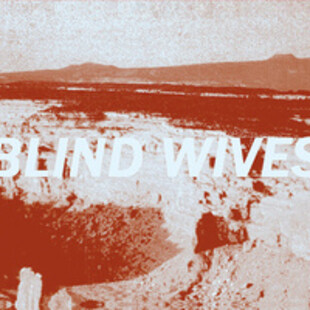 Blind Wives are a young band, but seem to have more going on than their years would suggest.

With a pulsing, driving feel to their music that brings to mind Songs For The Deaf era Queens of the Stone Age, but with a singer in the vein of Thom Yorke at times.

This, their debut release, comes from a Lincoln-based label, Mountains of Records, which for those who aren't familiar with the Cathedral city, is kind of a big deal. Nothing much happens in the fens, so to have a label releasing stuff of this quality is fantastic. Along with Bear Makes Ninja (from Sleaford!) and Some Skeletons, it's a young, but ambitious label.

Back to BW and their release has somewhat of an identity crisis at times, as heavy as they come one moment, lilting and swelling with quiet another. The layering on songs such as Stalematers shows significant songwriting clout for a new band and the production values are impressive. The vocals stand out in such a way as to become a standout and the seething riffage underneath is equally impressive.

The more slow-paced but no less cutting Avenues too brings to mind QOTSA once more. This can only be seen as a good thing, not enough bands have that raw energy and Homme and co have obviously left their mark here.

The track So is available to hear at the moment for free on the trio's Bandcamp page so knock yourself out. These guys are playing locally on what seems like a constant basis, so no doubt there'll be a live review soon too.