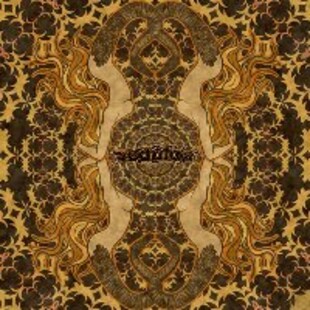 Sedulus are a post metal four-piece from London boasting two guitarists which adds depth and dynamics to their sharp-edged sound.

Their latest offering is a two track self-titled EP which clocks in at a meagre 12 minutes odd, coming off the back of the superb Perseids EP of 2010 this snippet of new recordings is highly anticipated indeed.

Pilgrim kicks things off with a riff that is very much a continuation of the 2010 recording, the guitars shifting their weight over a mid tempo beat. the production is surprisingly crisp and fits the genre perfectly especially when the distorted guitars break off and a delay pedal is introduced. Isis definitely comes to mind as the song progresses from a light atmospheric section into a drawn out crescendo of distortion backed up with a lengthy roar. From here the track ambles along with a guitar solo thrown in over the top of those weighty riffs from the start, I'd say that if anything the song promises more than it delivers as it comes to a close, like it was only getting started.

Moving onto the second and final track Alfalfa and the pace stays the same as very Tool like guitar work opens the proceedings, it's funny but as the vocals come it actually sounds like a section of Lateralus slowed down to half the speed! Dynamically the song remains in 2nd gear, only shifting up to third for a few brief interludes as the vocals switch between syllable bending clean vocals and growling. I'm not sure but does the drummer use toms at all in this track? The half beat snare does get a little dull as the track wears on into 6 minutes and the EP comes to an end.

I think most fans of the genre will probably dig this EP but really it doesn't offer anywhere near as much in the way of dynamics and atmosphere as Sedulus' post-metal counterparts. One of the biggest flaws is the short duration of the EP; it's hardly worth the CDR it's burned onto in the respect that they could have fit 60+ minutes of extra material on the CD be it demos or live songs. What's more is the tracks seem short when the music they play gives the band so much room to manoeuvre, fans of this genre will happily sit through mammoth songs picking out the best bits and I can't help but feel that Sedulus have sold us short on this one. Even so I'm looking forward to hearing a full length album from the band at some point as there's a fair bit of potential there, they just need to explore their ideas a little more.