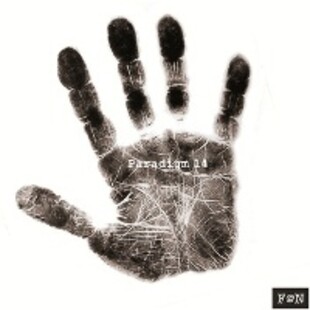 Mike points me at this, says Low and PJ Harvey. Two of my favourite bands. Alas singer Scott Swain is clearly a person with spherical rotundities and so does not have Polly Jean's vocal range and power... Can I recommend castration to a singer? I kid.

First track Gravity gives off a vibe somewhere between Stories from the City, Stories from the Sea... era PJ Harvey and Low's earlier "slowcore" sound, if you like labels. Some nice harmonies going on with the vocals, “Life's a bitch and then you marry one,” though? There's some anger here, simmering under the crystalline guitar and the drawling delivery of the singer.

It Grows is a slower piece, grooving along with a hint of swagger. The band describe it as a song about admitting you have a mental illness as being the first step to doing something about it, and yet the line, "Now I say this with respect, but you're fucked in the head." Hmm, phrasing. There's some nice production flourishes, and the guitars shimmer and reach, though the main rhythm guitar's progression is perhaps a little predictable. The song seems to attack someone, "You may fool the others but I can see right through you," the singer mutters through some bubbling effect.

Middle of the EP, track three, Ironing out the Creases, is a pause, the sounds of frogs and insects (I'm sure I've heard this sample somewhere before) surround. Plaintive solo guitar rises up from the swamp and echoes over synth pads and glockenspiel(?) then fades again, leaving the insects. A weird moment, perhaps a little superfluous on an EP release, but a daring choice.

Still One returns to the thematic guitar tone from Creases, acoustic guitar in a delicate and sorrowful turn. An interesting twist away from the first two tracks on the EP towards something more introspective, again recalling early Low to my mind (or I'll just blame Mike for front-loading my expectations by name-dropping influences). There's some interesting shifts here, where the guitar drops out and leaves the vocals to stand alone, and the pace shifts restlessly. Some of the synthesizer touches are perhaps unnecessary padding, suggestive of a lack of confidence with the space between sounds. The lyrics speak to that age old topic, love and relationships, here the uncertainty that the one spoken of may be coming apart, "Do you still blush when I kiss you on the lips?" There are more interesting lines and couplets in here, words composed in an interesting order even if the focus of their attention is somewhat clichéd.

The last track, 792, frustrates me. Oblique numerical song titles! What does that mean? "Things don't change in this town, of seven ninety-two." Another introspective one, though with more of a pace. Whistling in the background, for some reason I am getting a... Mansun vibe. Don't tell anyone I said that. The song's a bit of a damp squib to be honest, a bit too lethargic without being genuinely restful, and I cannot quite gain traction with my concentration. A flaccid end to a release that leaves me on uncertain footing. There are interesting moments in all aspects here, the structures and the sounds, lyrical flourishes and solid musicianship, but it never quite reaches beyond expectations.

Listen to the EP here.